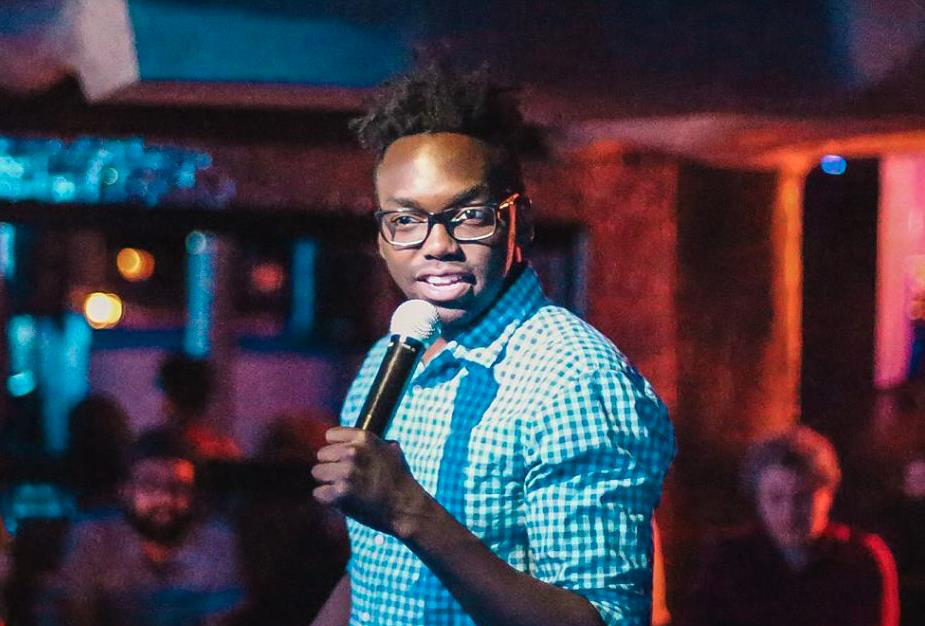 Photo credit Comedians You Should Know and Comedy Sportz Theater.

TRUSSVILLE — From the mean streets of Trussville, to the sun-soaked skies of Los Angeles, Progressive commercial star, former understudy at the Second City Touring Company and standup comedian at the Laugh Factory in Chicago, Martin Mandela Morrow has escaped the doldrums of the south and introduced the world to his shoot-at-the-hip shtick following the release of his new comedy album, Magic of The City.

The 20-part album, which was filmed at the Saturn, in Birmingham, was released on Tuesday, May 5, 2020, and resides on iTunes, Spotify, Title, and yes, even Napster. The album currently sits within the top five of the iTunes comedy charts, ahead of Weird Al” Yankovic and Jim Gaffigan. 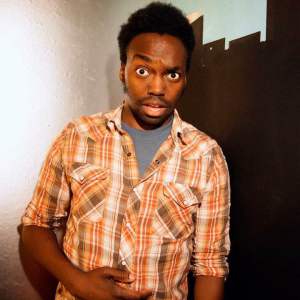 “It’s available everywhere,” Morrow said. “Please, if anyone is out there, Alabama, Trussville, give it a listen. I hope you enjoy it. If not, don’t tell me. My feelings get hurt very easily.”

The album consists of the many endeavors that Morrow has experienced throughout the years. He rifts about his time living in Chicago, where he was a standup comedian at the prestigious and world-renowned Laugh Factory, to his travels around the world and about his life living in Birmingham.

“I’ve been going to a lot of exotic locations, right.” Morrow said in a routine titled “Traveling.” “Like Gary, Indiana.  Yeah, that piece of (bleep) place. Gary is the worst. Gary has been gentrified by ghosts. Gary is like if a Greyhound bus overturned and became a city. That’s Gary in a nutshell.”

The album concludes with an appearance from his best friend, Joshua Mays, of Tubbi and Martin fame. The two sing a tender duet dubbed “What’s Happening To Our Hood,” which is a remembrance of the days when the two carved their legacy through the streets of eastern Jefferson County.

Morrow, a 2006 Hewitt-Trussville graduate, has risen up the comedic ranks throughout the years. From his humble beginnings in 2008 while as a student at Auburn University, the local product has gone on to perform standup on Last Comic Standing, Laughs on FOX, Coming To The Stage, Asif Ali’s Inside Jokes on Amazon Prime and has opened for some of the industry’s greats: Tony Rock, Dane Cook, Tim Allen, Eric Andre, Natahsa Leggero, Amy Schumer, among others.

“I’m in a Progressive commercial, I’ve got to shoot a thing with Jimmy Kimmel and I’ve done standup on Fox and NBC,” Morrow said of how his career has progressed. “It’s really been a blessing.”

The actor, improv, stand-up and sketch comedian currently resides in Los Angeles where he continues to practice comedy and dabble in script writing. At the moment, Morrow is working on diving into television writing. He said that he was currently working on several projects with various friends and people throughout the industry.

“I’m just trying to make it, as my grandpa would say,” Morrow said.

One project that Morrow was free to discuss involved an animated, half-hour sitcom with a guy who has worked on projects that air on Cartoon Network. The script is currently going through rewrites, Morrow added.

Regardless of how everything turns out for Morrow, the mere fact that a comedian from small-town Alabama has defied the bedeviled comedic gods and has cemented his place amongst the likes of Jim Gaffigan — who is now slated to play Toronto Mayor Rob Ford in an AMC limited series show — is a testament to the talent that Morrow brings to the stage.

It’s a story of success that all of Trussville should commend.

“I would have never expected in a billion years that, 16-year-old me living Trussville, would one day be living in LA, with a dog, doing standup and with an album on the iTunes charts,” Morrow said.

Be sure to follow Morrow on social media @martinMorrow. You can listen to his album on Apple Music by clicking here.