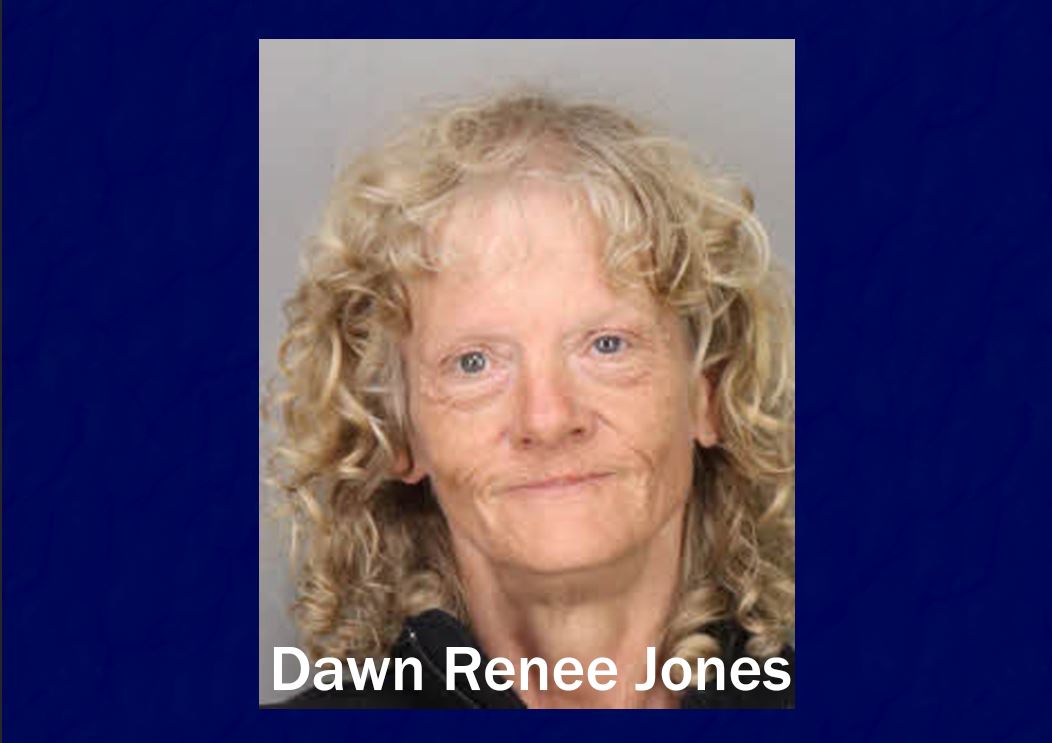 POLICE: Woman arrested in Trussville after stripping off clothing in front of officer and ‘causing commotion’

TRUSSVILLE — A homeless woman is facing a disorderly conduct charge after Trussville Police arrested her on Friday, May 8, 2020.

According to a police report, an officer responded to the 1900 block of Edwards Lake Road at 6:10 a.m., after dispatch received a call about a woman walking around naked.

The officer said when he arrived on the scene, the woman was wearing underwear and an unzipped jacket. She told the officer she had been swimming in the river and that her clothes were drying. When the officer asked for her name, he said she pulled her underwear down to her knees and started to pull off her jacket. The officer said the woman “caused a commotion” by talking loudly so that other people in the parking lot could hear her.

The woman was taken into custody and placed in the Trussville City Jail.

The woman has been identified as Dawn Renee Jones, 55. Jones is considered innocent until proven guilty.