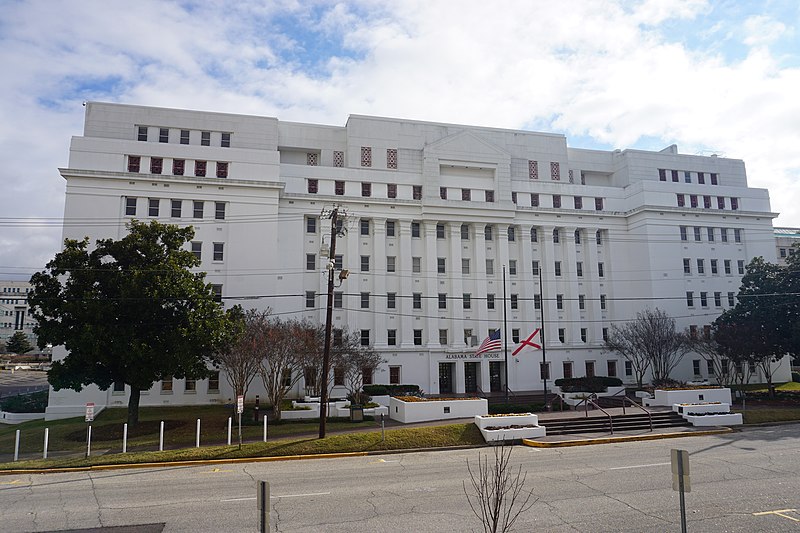 New Statehouse with COVID cash not a priority but idea should be discussed, says Alabama Senate leader

Posted By: Trussville Tribune staffon: May 09, 2020In: Metro/State/Nation
Print Email

MONTGOMERY — Alabama lawmakers said Saturday that they expect a special session later this year on how to use the state’s coronavirus relief funds, and the Republican leader of the Alabama Senate said an idea to build a new Statehouse should be “part of the discussion.”

Marsh said his priority is rural broadband access, which he said would have better enabled distance learning and telemedicine during the pandemic. He said the Statehouse construction idea isn’t a priority but could be discussed if funds are left over. Marsh said there is a mold problem and design issues at the Statehouse that hinder public access, particularly during the virus restrictions.

“Are there reasons to build a new Statehouse? Yes, there are. Should it be at the top of the list? I cannot say that. But I will tell you it should be part of the discussion,” Marsh said.

“If we’ve done everything we can possibly think to do based on the guidelines, and we could have built a Statehouse to provide access to the public, and we sent $200 to $300 million back, I don’t think that would be very wise,” he said.

The Republican governor and Republican-controlled Alabama Legislature have had a rare disagreement over the state’s $1.8 billion in coronavirus relief funds. Lawmakers took control of the appropriation decisions except for $200 million steered to the executive branch to pay for purchases of medical equipment.

Ivey has criticized lawmakers for seizing control of the money. Ivey said this week that she will not call the special session on spending the funds until lawmakers provide a detailed plan for it. On Saturday, Ivey said she wagered, “99 percent of the Legislature – from both chambers and in both parties – didn’t even know that a ‘wish list’ was being put together on how to spend the CARES Act money.”

“There are tens of thousands of Alabamians – probably a lot more – that are truly hurting, and they don’t care one bit about petty political games being played in Montgomery,” Ivey said.

House Speaker Mac McCutcheon declined to comment on the Statehouse construction idea, saying many ideas will be discussed. Republican Sen. Greg Albritton said the Statehouse idea was at the very bottom of the suggested items.

“It is unconscionable that the legislature would spend the people’s money, meant to address the incredible hardships this pandemic has wrought on our workers, families and state, on pork and pet projects,” Daniels said in a statement.

Alabama lawmakers on Saturday wrapped up work on state budgets but expect a special session later this year on how to use the coronavirus funds.

Lawmakers are also preparing for a possible gubernatorial veto and plan to return to Montgomery on May 18 in case they need to address any vetoes or executive amendments on the approved budget bills, or local bills, by the governor.

Asked if Ivey would veto the general fund budget, spokeswoman Gina Maiola said that, “all options are on the table.”

Lawmakers on Saturday gave final approval to a scaled-down Education Trust Fund budget that was pared down because of the hit to sales and income tax collections during coronavirus-related closures.

“We had to make changes. The revenues are going to be affected by the virus. One of my concerns is what if we have a relapse in October, November,” said Republican Sen. Arthur Orr, the chairman of the Education Trust Fund budget-writing committee.