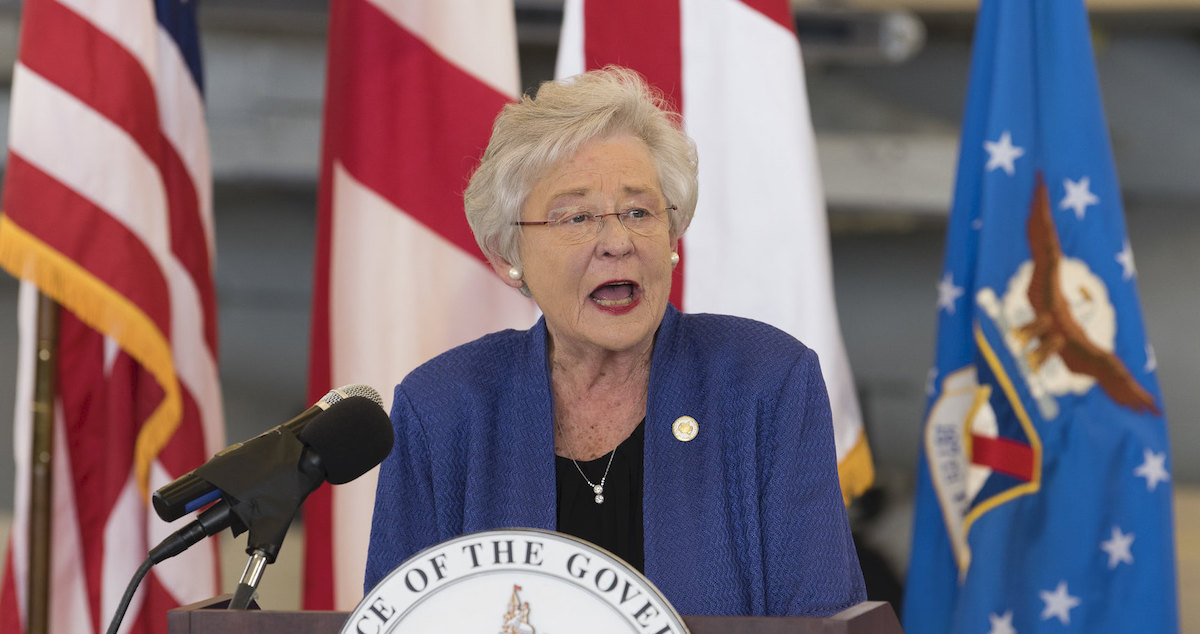 Posted By: Joshua Huffon: May 12, 2020In: Coronavirus Latest
Print Email

Many governors across the U.S. are disregarding or creatively interpreting White House guidelines for safely easing restrictions and letting businesses reopen amid the coronavirus pandemic, an Associated Press analysis found.

The AP determined that 17 states did not meet a key benchmark set by the White House for loosening up — a 14-day downward trajectory in new cases or positive test rates. And yet many of those have begun to reopen or are about to do so, including Alabama, Kentucky, Maine, Mississippi, Missouri, Nebraska, Ohio, Oklahoma, Tennessee and Utah.

Because of the broad way in which the nonbinding guidelines are written, other states, including Georgia, have technically managed to meet the criteria and reopen despite not seeing a steady decline in cases and deaths.

Asked Thursday about states reopening without meeting the benchmarks, President Donald Trump said: “The governors have great power as to that, given by us. We want them to do that. We rely on them. We trust them. And hopefully they are making the right decisions.”

The push to ease state lockdowns comes amid pressure from businesses that are collapsing by the day. Over 33 million Americans have applied for unemployment benefits over the past seven weeks, and a highly anticipated report on Friday is expected to show U.S. joblessness as high as 16%, a level not seen since the Great Depression nearly a century ago.

Elsewhere around the world, the Bank of England projected that Britain’s economy will shrink by 14 percent this year, its biggest decline since 1706, when Europe was embroiled in the War of the Spanish Succession.

The United Nations urged governments, companies and billionaires to contribute to a $6.7 billion appeal to fight the coronavirus in poor countries, warning that failure to help could cause a “hunger pandemic,” famine, riots and conflict. U.N. humanitarian chief Mark Lowcock said the initial $2 billion appeal launched March 25 was being increased because of the worsening situation.

The economic woes have affected even brand-name businesses, with Neiman Marcus filing for Chapter 11 bankruptcy, the first U.S. department store chain to be toppled by the outbreak.

The reopening debate in the U.S. echoes that underway in Europe, where regional and political rifts are emerging over how fast to lift the lockdowns.

French mayors are resisting the government’s call to reopen schools, while Italian governors want Rome to ease restrictions faster. As Britain looks to reopen the economy, Scottish leader Nicola Sturgeon has warned that acting too fast could let the virus wreak havoc again — something public health experts worldwide have cautioned could happen without widespread testing and tracing.

The U.S. has recorded over 74,000 deaths and 1.2 million confirmed infections. But this week, University of Washington researchers nearly doubled their projection of deaths in the U.S. to about 134,000 through early August, largely to reflect the loosening of stay-at-home restrictions.

When Trump announced the guidelines April 16, he said he was “establishing clear scientific metrics and benchmarks on testing, new case growth and hospital capacity that must be met before advancing each phase.”

Since then, many states have reopened while daily cases and positive test rates have either plateaued or continued to climb, the AP analysis found. Some are going it alone, using their own criteria.

The White House has not been specific about how states should calculate the 14-day downward trajectory. Depending on how that’s done, a state might pass or fail. The AP analyzed counts of tests and confirmed cases compiled by Johns Hopkins University and looked at the numbers using a rolling seven-day average to account for day-to-day variability in test reporting.

As governments grapple with when to restart their economies, the Trump administration has shelved a 17-page Centers for Disease Control and Prevention document with step-by-step advice to help local authorities do it safely.

Agency scientists were told that the report — supposed to be published last Friday — “would never see the light of day,” said a CDC official who was not authorized to discuss the matter and spoke on condition of anonymity.

There are few specifics to the White House guidelines that say that before reopening, states should have a downward trend in flu- and COVID-19-like illnesses for 14 days; hospitals should be able to treat all patients without crisis care; and robust testing should be in place for at-risk health workers.

It says local officials “may need to tailor the application of these criteria to local circumstances.”

In Nebraska new cases and positivity rates increased in recent weeks, but Gov. Pete Ricketts, a Republican, eased rules to allow salons, tattoo parlors and restaurants to reopen with restrictions in most counties. Churches also were allowed to resume in-person services, weddings and funerals last Monday, with some restrictions.

Ricketts said Wednesday that the number of new cases is naturally going to increase as testing ramps up, and suggested a statewide lockdown was too drastic.

“We could ban just about all deaths on the interstate by reducing the speed to 5 mph, but we don’t do that,” he said.

Georgia has the most aggressive reopening schedule in the country.

The state recorded a decrease in positivity rates, meeting one White House criteria, but it has had nearly 600 more deaths and an emerging hot spot in a poultry-processing area since restrictions were loosened.

Utah is following its own color-coded reopening system.

“We had that plan long before there was a federal plan,” said retired Utah National Guard Maj. Gen. Jeff Burton, who heads the state’s response. “It’s a solid plan that lays out the road to recovery.”

Of the 33 states that have had a 14-day downward trajectory of either cases or positive test rates, 25 are partially opened or moving to reopen within days, the AP analysis finds.

Other states such as Illinois, Maryland, Minnesota, New Mexico, Virginia and Wisconsin, which have not seen a 14-day decline, remain closed despite meeting some benchmarks. Oregon hit a new low in cases last week and is moving to loosen restrictions May 15 for daycare centers and retailers statewide and on other select businesses in the least affected counties.

California, the most populous state and the first to impose a comprehensive lockdown, is letting retailers and manufacturers reopen with safety measures as soon as Friday. The state has met at least one of the federal benchmarks, according to the AP analysis.

Public health experts say the guidance from the White House has been anything but clear. In addition to burying the CDC report, the administration has tried to push responsibility for expanding testing onto the states.

States share some blame, said Lawrence Gostin, a public health expert at Georgetown University, but “the responsibility for coordinating and enforcing and implementing a national plan comes from the White House.”

He compared the situation to “an orchestra without a conductor.”

Worldwide, the virus has infected more than 3.8 million people and killed over a quarter-million, by Johns Hopkins’ count, which experts agree understates the dimensions of the pandemic because of limited testing, differences in counting the dead and concealment by some governments.