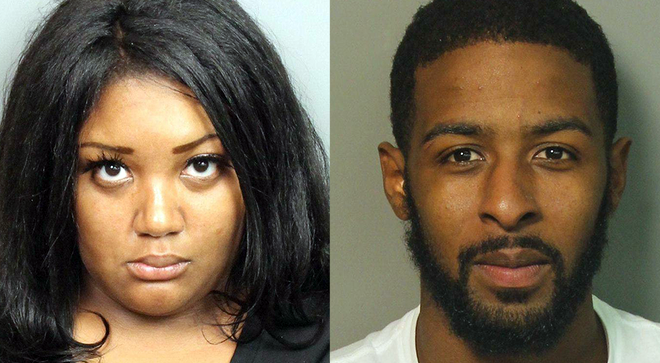 CENTER POINT — The Jefferson County Sheriff’s Office announced the arrest of two individuals following the choking death of a 2-year-old child on Wednesday in Center Point.

Hampton Sr.’s charge was upgraded to murder on Thursday.

Hampton Jr. allegedly choked on food around midnight, May 13, 2020, in the 1600 block of Sixth Ave. N.W. and was transported to Children’s of Alabama where he was pronounced dead. Jefferson County detectives began speaking with medical personnel who told them that they discovered that the child had suffered multiple injuries.

Harris bonded out of the Jefferson County Jail on a $60,000 bond. Hampton was given no bond.