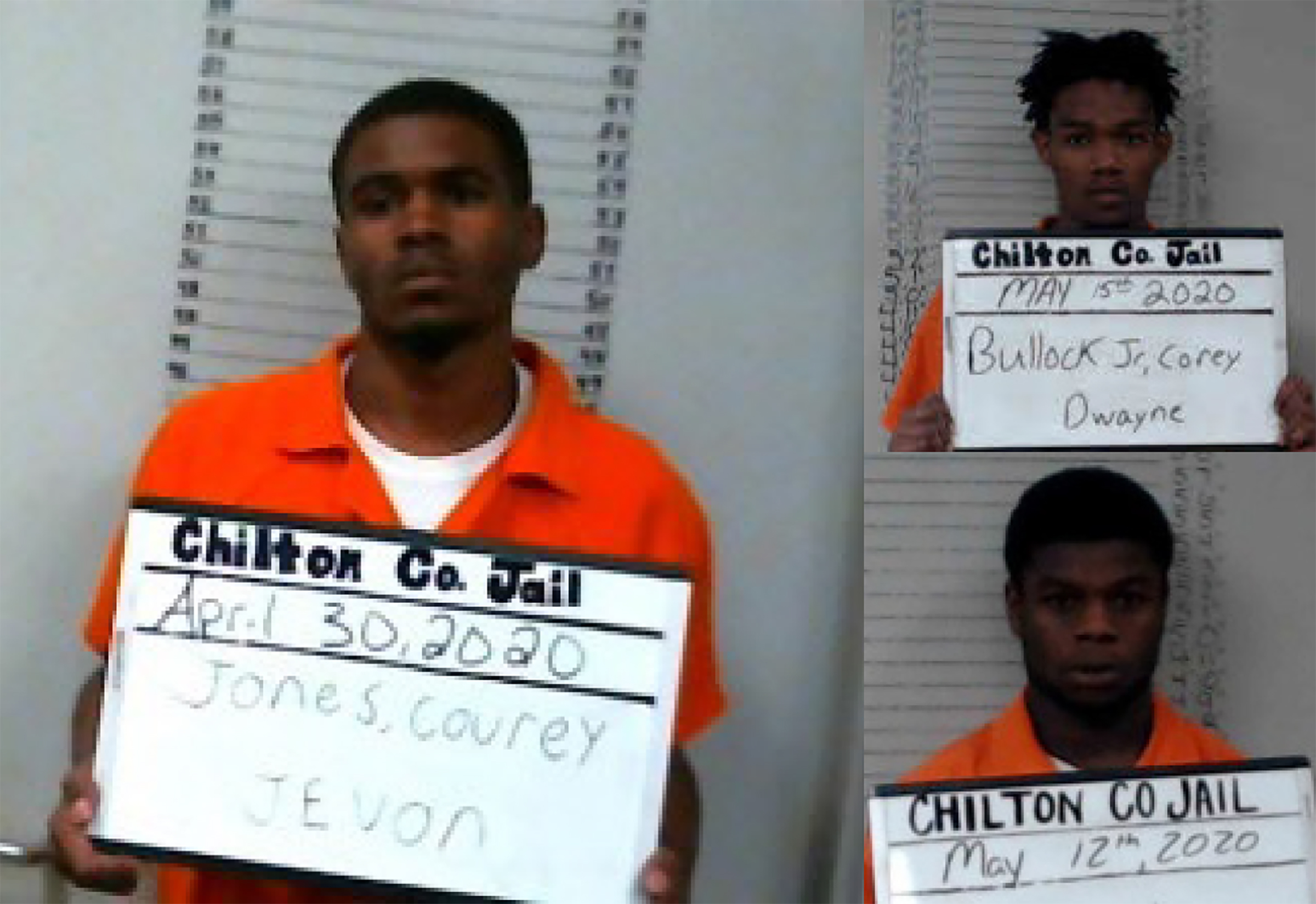 CHILTON COUNTY — The Moody Police Department has aided in the arrest of three individuals wanted on multiple felonies throughout central Alabama following a surge in vehicle burglaries and vehicle thefts in Chilton County.

The three men have a criminal past and were currently out on bail from Jefferson County. The Chilton County Sheriff’s Office is seeking to have their bonds revoked.

The Jefferson County Sheriff’s Office and the Birmingham Police Department also arrested Jahmal Rashard Thomas and Devante Hall, both of Birmingham, and charged them with receiving property in the first degree. The two were found to be in possession of vehicles stolen from Chilton County along with firearms and other pieces of stolen property.

“A lot of things went into making these cases,” Assistant Chief Deputy Shane Mayfield said. “Great cooperation between all the agencies involved, a ton of work from all the investigators, and a lot of cooperation from the community. Some have actively helped in these investigations but overall the community as a whole has been understanding and supportive of all of our efforts.”

“I would like to thank everyone for their assistance, their cooperation and their hard work,” Mayfield said. “I would also like to send a message to those who would come into our county and steal what our people work for. Just because you’re not from here doesn’t mean we can’t find you. There’s three guys sitting in the County Jail on $225,000 bonds that probably wish they had stayed at home.”