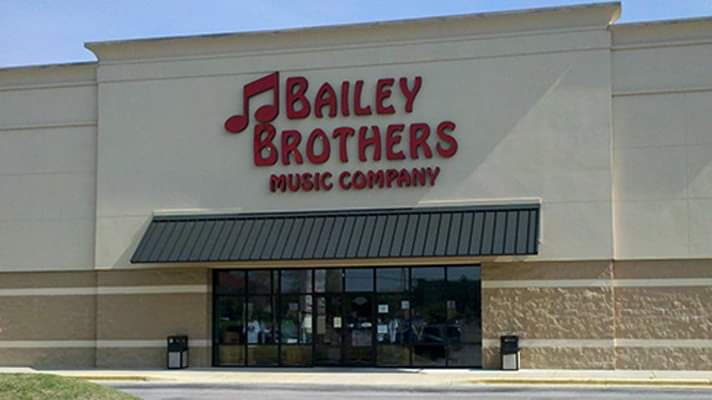 As if it weren’t enough for Coronavirus to upend our personal and professional lives, live music has taken it on the chin as well.

With statewide business shutdowns and social distancing protocols slow to lift, it’s no surprise that live entertainment has virtually ceased across the nation. Ticketmaster and Live Nation have canceled hundreds of shows and offered little insight into what lies ahead for large scale events.

The cloud of the “new normal” is hanging over the music industry like all other aspects of our lives. With so much uncertainty, music fans are wondering if we will ever see a full transition back to the festivals and arena filled shows we loved prior to COVID-19.

But through the fog of doubt, the creativity and passion from the music community has consistently answered COVID-19’s “you can’t” with “we can”.

It’s also inspiring to see that independent artists are taking the extra time provided by quarantine to be “making more music than ever”, according to Rolling Stone. 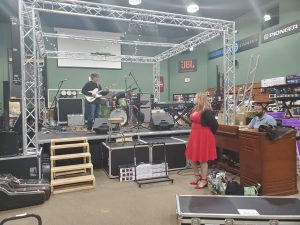 Although national acts have taken to social media and online streaming services to continue reaching their fans, local music has had a far more difficult struggle. Many local acts have been left with no place to perform and limited resources to try and reach their followers digitally.

As an avid supporter of local artists and music culture, the team at Bailey Brothers Music decided to take its own unique, creative approach to solving the local music problem.

Starting in late April, Bailey Brother’s began offering its store, stage, and A/V resources to host free live stream performances for local musicians.  The live concert series has been hosted exclusively from Facebook and has already generated almost 10,000 views for local artists who have struggled to connect to their audiences.

The concert series began as an idea from Bailey Brother’s store manager, Ben Scott, who wanted to create a way for local artists to reconnect with the community.

Ben elaborated, “We wanted to do something to help out local musicians.  With all the uncertainty in the world right now it’s been really hard for us to decide what we should be doing as a local business.  This is something that we had the technology and capacity to do in support of the local music community, so we’re doing it.  We feel strongly that there is an abundance of talent in this town and these musicians needed a way to connect with their fans the same way that national acts have begun doing.  Now that we have the live stream up and running, we’re booking up faster than I ever imagined.”

What began as a simple idea to support local artists has quickly scaled to attract engagement from musicians and fans across the Southeast. Ben says that Bailey’s has no plans on stopping the series as social distancing restrictions begin to lift.

Ben continued, “We’ve had a lot of fun doing this.  It’s been great to reconnect with our customers and friends.  We’re planning to continue the concert series for as long as we can.  As long as bands and artists want to come in and play, and as long as people at home are tuning in, we’re going to keep streaming.”

With so much uncertainty and concern looming ahead for 2020, it’s refreshing to see that the local musicians who inspire and entertain us will continue to have an opportunity to shine light into our lives with their music. Even if that light is a live stream beaming from the screen of a smartphone.

May 16: The Southern Boys Band

May 30: Them Dirty roses