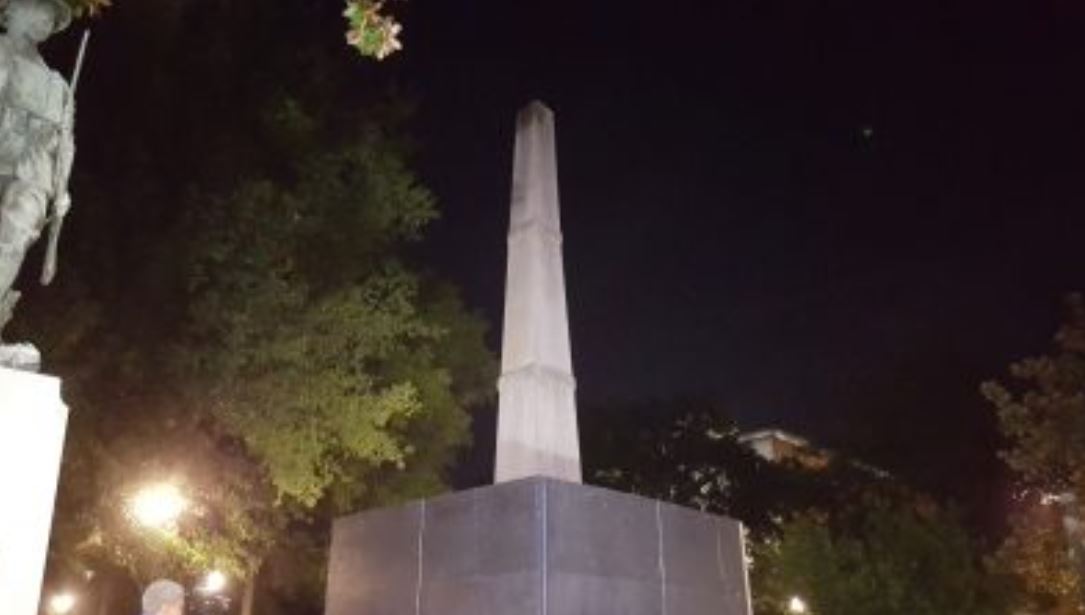 Posted By: Trussville Tribune staffon: May 31, 2020In: Metro/State/Nation
Print Email

BIRMINGHAM —Protesters gathered Sunday night in Birmingham’s Linn Park. Several groups of demonstrators came together in an effort to tear down the park’s Confederate monument.

Birmingham TV news stations livestreamed the protesters using crowbars, ropes, and a truck in an attempt to bring down the monument. Another statue and a plaque were removed from another part of the park.

During the livestream from WBRC, the photographer was told to put his camera down.

“Block the camera!” one woman screamed from the crowd, as she attempted to cover the lens with both hands. “Do something useful, dog!”

The protester said she and others didn’t want faces on camera because they didn’t want to get arrested. Reporters from several stations stayed on the scene but said they were trying to keep a safe distance.

Birmingham Police were on the scene earlier in the night, according to an al.com reporter, but it is unclear if police remained in the area. Birmingham Mayor Randall Woodfin showed up to the park at 9 p.m. asking protesters to stand down. He then said he would work to have the monument removed by Tuesday.

The Alabama Supreme Court in November ruled that the city of Birmingham cannot remove or alter the monument. The court reversed a circuit judge’s ruling that declared Alabama’s law protecting Confederate monuments an unconstitutional violation of the free speech rights of local communities. Justices directed the judge to instead enter an order declaring that Birmingham violated the 2017 Alabama Memorial Preservation Act, and to fine the city $25,000.

Alabama sued Birmingham in 2017 after municipal officials erected a wooden box obscuring the inscriptions on the statue honoring Confederate veterans.

The demonstration at Linn Park is part of a nationwide movement following George Floyd’s death on Monday, May 18. Protesters also took to the streets in Hoover Saturday and Sunday nights.