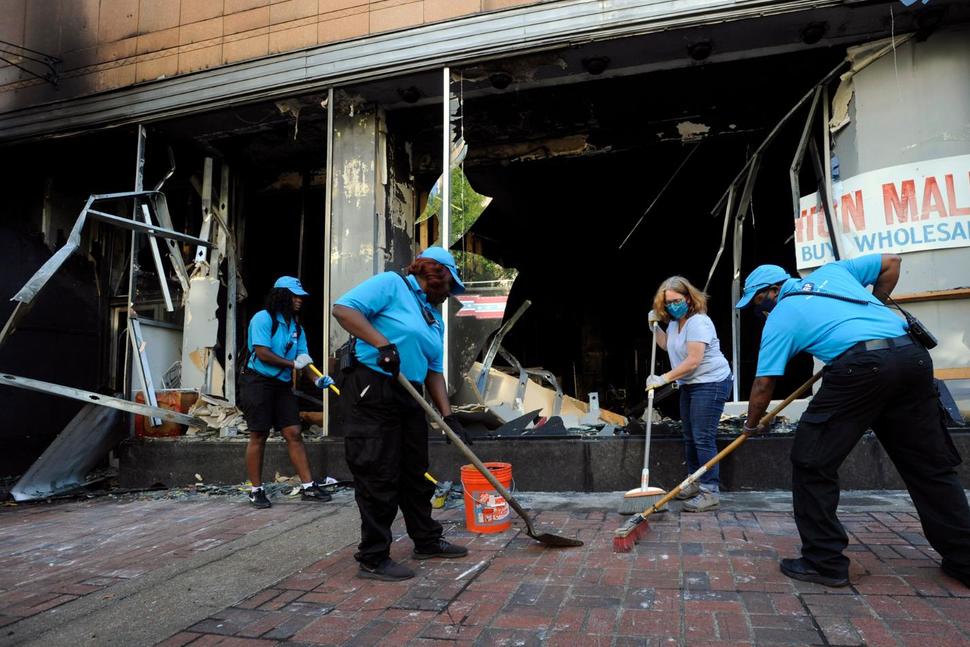 Workers and a volunteer clean up damage outside a burned-out clothing store in Birmingham, Ala., on Monday, June 1, 2020, following a night of unrest. People shattered windows, set fires and damaged monuments in a downtown park after a protest against the death of George Floyd. Floyd died after being restrained by Minneapolis police officers on May 25. (AP Photo/Jay Reeves)

Be mindful, several cities in central Alabama have enacted curfews

BIRMINGHAM — As a result of Sunday night’s protests that devolved into mayhem, several cities throughout the Birmingham metro area have instituted curfews that went into effect on Monday evening.

Birmingham’s Mayor Randall Woodfin was the first to implement a curfew of 7 p.m. to 6 a.m. until further notice, with exceptions for essential workers.

Woodfin has vowed that anyone violating the curfew order will be arrested.

The majority of the cities that enacted curfews have allowed for exceptions for medical needs; to obtain food or groceries; weddings, funerals, religious events and organized sports events; to obtain items or engage in activities necessary for residents’ well-being; and essential personnel.

What people cannot do is casually drive through the city, join a public gathering or attempt to do anything that is not necessary.

The following cities have enacted curfews: