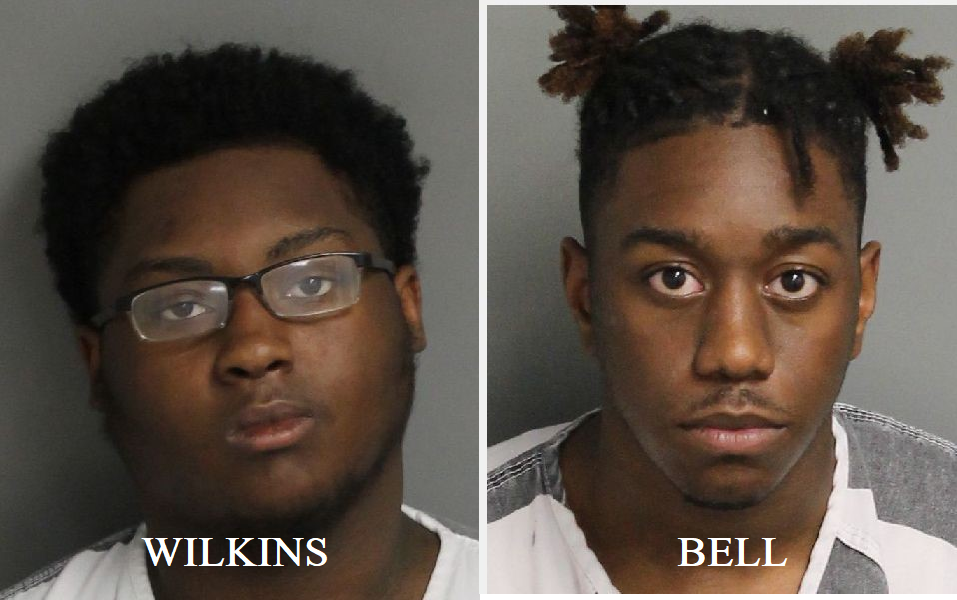 HOOVER — The Hoover Police Department arrested two men after an attempted burglary at a large gun store and firing range on Monday, June 1, 2020.

Police received a call about a burglary in progress at 3:38 a.m. The caller told dispatch two men were trying to break the front glass of Hoover Tactical, off Montgomery Highway.

When officers arrived, they said they saw two men running from the scene. One of the men was captured on Montgomery Highway, near Braddock Drive and the other was found hiding in brush behind the store.

They were both taken into custody and booked into the Hoover City Jail.

Antonio Deion Wilkins, 18, of Birmingham, and Jalyn Lanier Bell, 19, also of Birmingham, are charged with possession of burglar’s tools and attempted burglary third degree. They were both given a bond of $5,500.