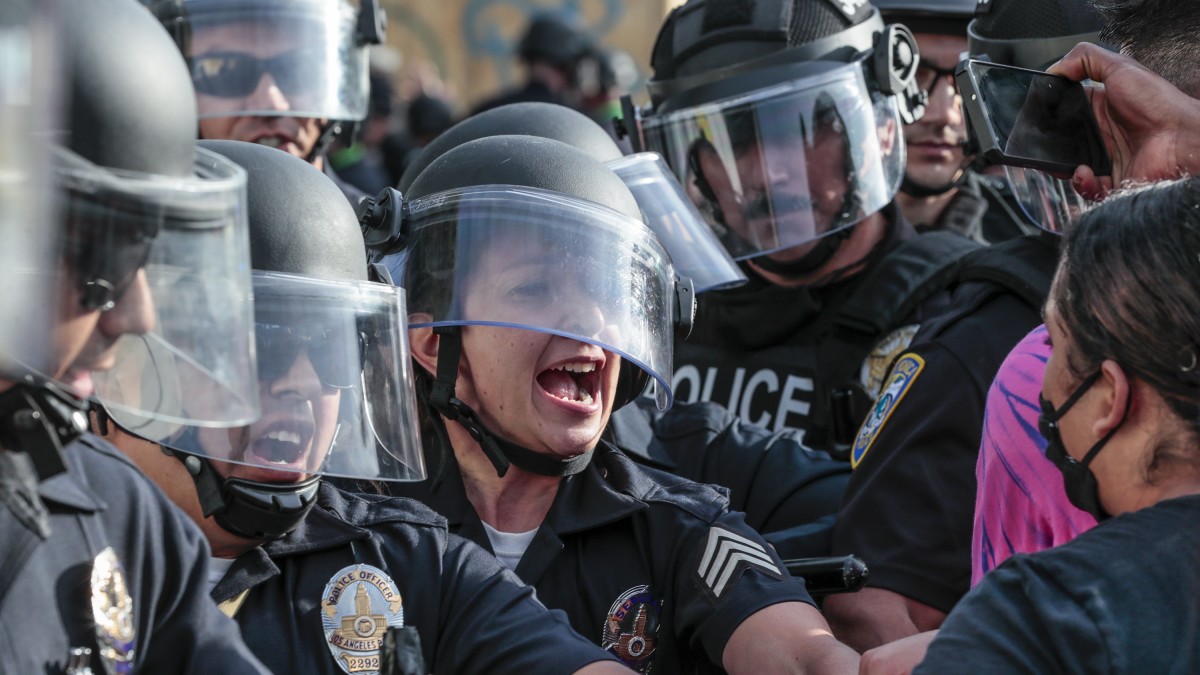 BIRMINGHAM — The number of attacks on members of the press has considerably risen over the past few days as the country convulses with rage over the continued killing of black people by police and the systematic racism that is been ingrained within our system of government.

The U.S. Press Freedom Tracker reported that in a typical year it would document 100-150 press freedom violations, but in the past three days alone, the organization has begun investigating more than 100 cases. The cases involved reporters being arrested, shot at by police with non-lethal objects and assaulted.

Police just raided the gas station we were sheltering at. After shouting press multiple times and raising my press card in the air, I was thrown to the ground. Then another cop came up and peppered sprayed me in the face while I was being held down. pic.twitter.com/23EkZIMAFC

In all, the organization has reported 19 cases of reporters being arrested, 36 reporters being shot at by police with projectiles such as rubber bullets and at least 76 reported assaults, with 80% by police. In some incidents, members of the news media appeared to be targeted, by police and protesters alike.

Though the numbers remain unclear, Harvard’s Niemen Foundation for Journalism has reported that police have attacked journalists more than 100 times since this past Thursday.

“Targeted attacks on journalists, media crews and news organizations covering the demonstrations show a complete disregard for their critical role in documenting issues of public interest and are an unacceptable attempt to intimidate them,” Carlos Martínez de la Serna, program director of the Committee to Protect Journalists, said to USA Today. “Authorities in cities across the U.S. need to instruct police not to target journalists and ensure they can report safely on the protests without fear of injury or retaliation.”

Um, what? This just aired on @ABC7News. pic.twitter.com/tyAQdlsFnf

The rise in attacks has followed a continued degradation of the media throughout the past several years from the highest levels of the federal government. On Sunday alone, President Trump attacked the media on his favorite platform, tweeting: “The Lamestream Media is doing everything within their power to foment hatred and anarchy. As long as everybody understands what they are doing, that they are FAKE NEWS and truly bad people with a sick agenda, we can easily work through them to GREATNESS!”

The reports of attacks do not stray far from home as multiple Birmingham area reporters were attacked covering protests on Sunday night.