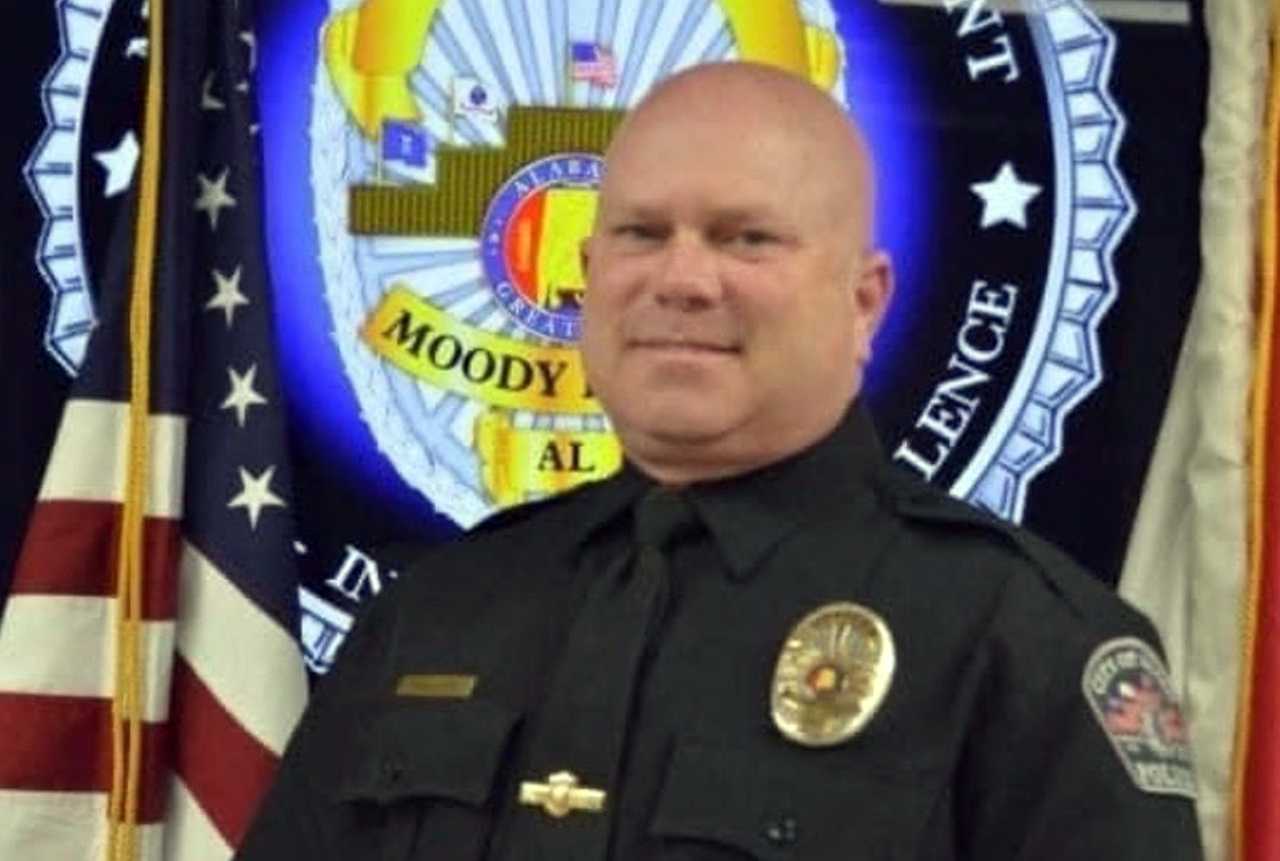 MOODY — Hundreds of people filled the First Baptist Church of Moody on Monday morning to remember the life of Moody Lt. Stephen Williams, who was killed in the line of duty this past week.

Dozens of police officers were among the mourners at services held for Williams. After the funeral at the First Baptist Church of Moody, a long procession of vehicles followed a white hearse toward the Alabama National Cemetery in Montevallo.

Williams was killed this past Tuesday evening following a shootout at the Super 8 in Moody. The events leading up to the shooting are vague, but Moody Police Chief Thomas Hunt said that Williams was shot on arrival.

Posted by The Trussville Tribune on Monday, June 8, 2020

The officer’s oldest son, Lake Williams, struggled to keep his emotions in check as he spoke before an overflow crowd — Both of William’s sons serve in the U.S. Coast Guard.