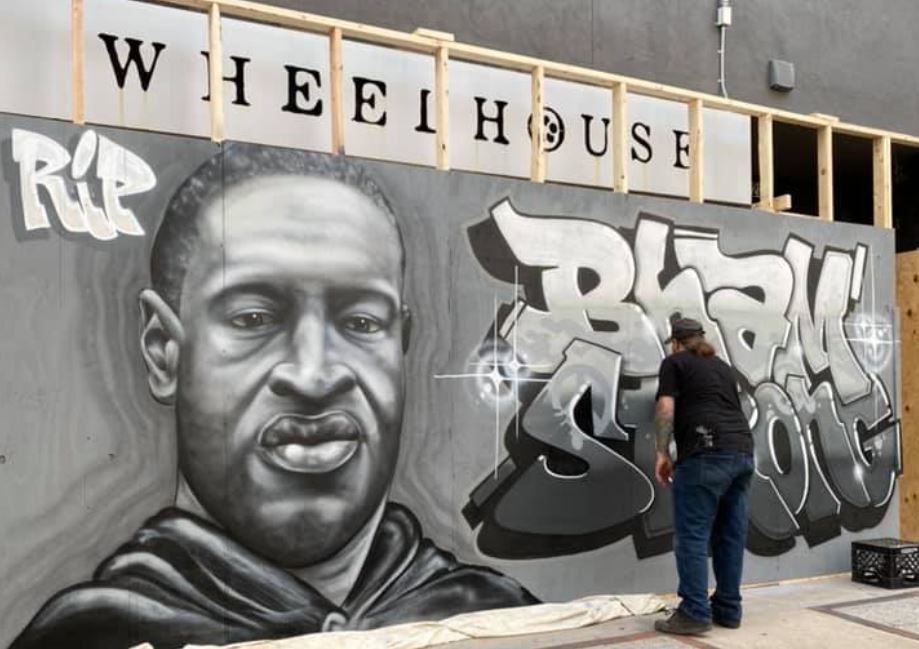 BIRMINGHAM — The Birmingham Police Department announced a suspect was apprehended in connection to the defacing of a George Floyd mural in front of Wheelhouse Salon.

The salon was damaged during riots on Sunday, May 31. An artist painted the mural on plywood placed over broken windows. A vandal painted a large “X” over the face of George Floyd, on June 4. The owner of the salon, Johnny Grimes, said the vandal yelled at him and threw a bottle at him when he confronted him.

The mural has been repaired and Grimes told police he does not wish to pursue charges against the person apprehended.

The suspect has not been identified by police.