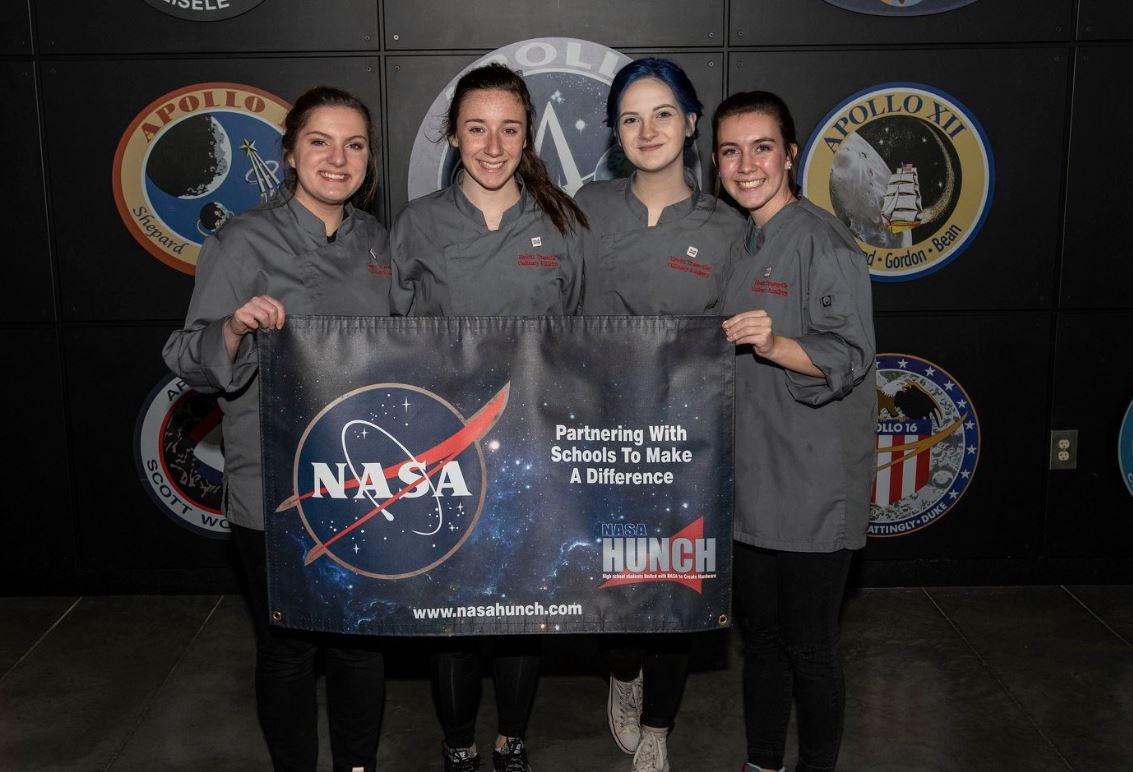 Madeline Curd, Lucy Prince, Kaylie Love, and Abigail Mitchell placed first in the HUNCH, or High School Students United with NASA to Create Hardware competition. The students created a Moroccan chicken Tagine dish, processed for flight, in a squeeze-tube. The zero-gravity recipe will be featured on Houston’s Johnson Space Center cafe menu and will be sent up to the International Space Station for astronauts. The team also won a $2,000 donation from the American Culinary Federation.

HUNCH, or High school students United with NASA to Create Hardware, develops high school students in many ways by highlighting their talents in order to contribute to NASA’s missions. The program provides students with hands-on experience with the space agency — such as building NASA-designed parts for use by agency personnel, or food for astronauts to enjoy.