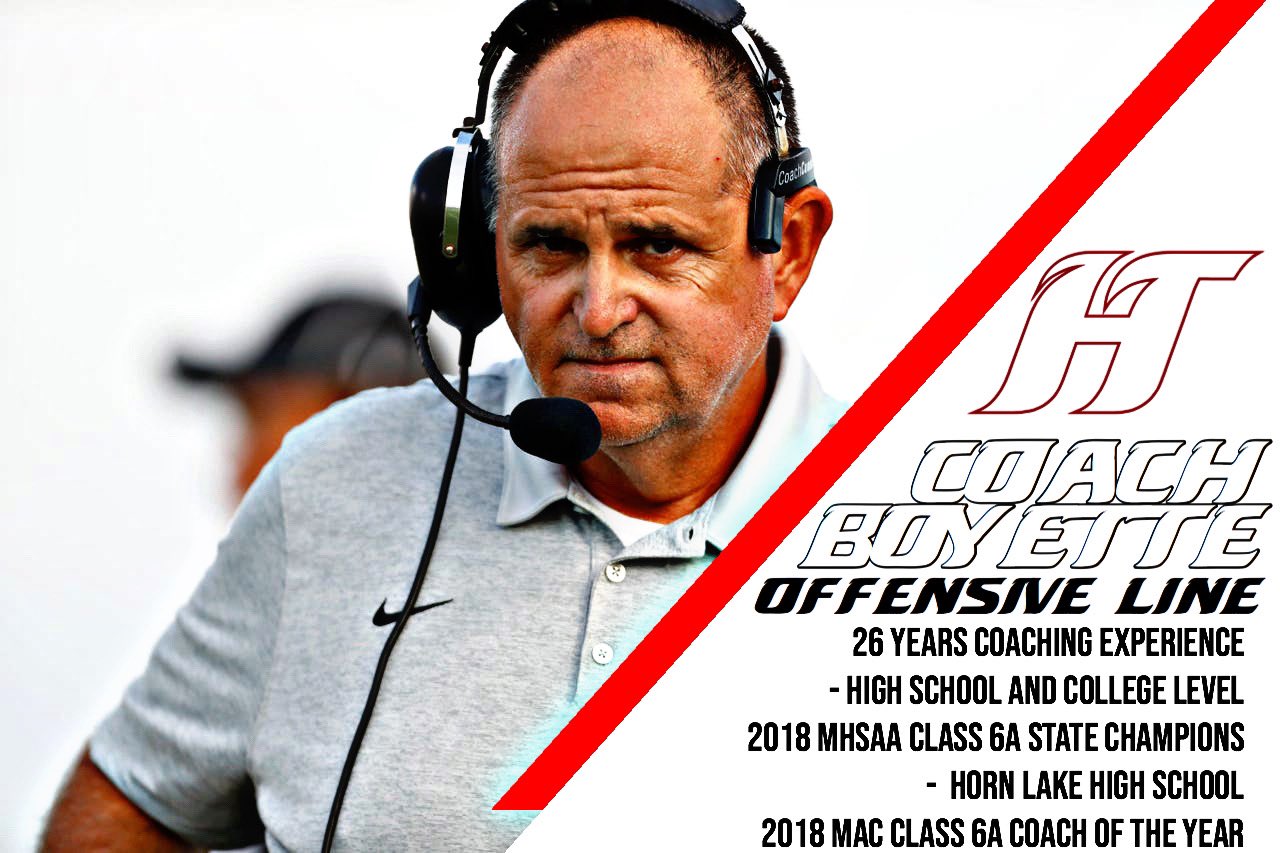 Boyette arrives to Hewitt-Trussville following his retirement from Horn Lake after eight years. Boyette guided Horn Lake to its first state championship title in 2018; he was also named the Mississippi Class 6A Coach of the Year following the title run. Overall, Boyette has coached football for 26 years.

“I’ve got young children, so I’ll continue to work; it will just be in a different system than Mississippi retirement system,” Boyette said following the news of his retirement on June 1. “Where I’ll land is still up in the air, but I don’t think there will be much downtime.”

True to his word, Boyette spent just a few days enjoying the luxury of retirement before Hewitt-Trussville swooped in and snagged the long-time football coach.

Boyette arrives to a Hewitt-Trussville offense that has an embarrassment of riches. From running backs Armoni Goodwin and Sean Jackson, to quarterback Jackson Holland, to offensive lineman Riley Quick and wide receivers Omari Kelly and Trey Washington, the Huskies enter the 2020 season with little doubt that they will bounce back from an injury-riddled 2019 season.

“When I got to Horn Lake there was a huge gap between where Horn Lake football was and the rest of that division,” Boyette told the DeSoto Times-Tribune. “We laid out some very clear goals that we wanted to accomplish and that started with our principal Andy Orr, our athletic director Donnie Weeks and myself. We were able to hire the staff and implement our plan. It was an effort of a lot of people and it was a lot of fun coming to work every day.”