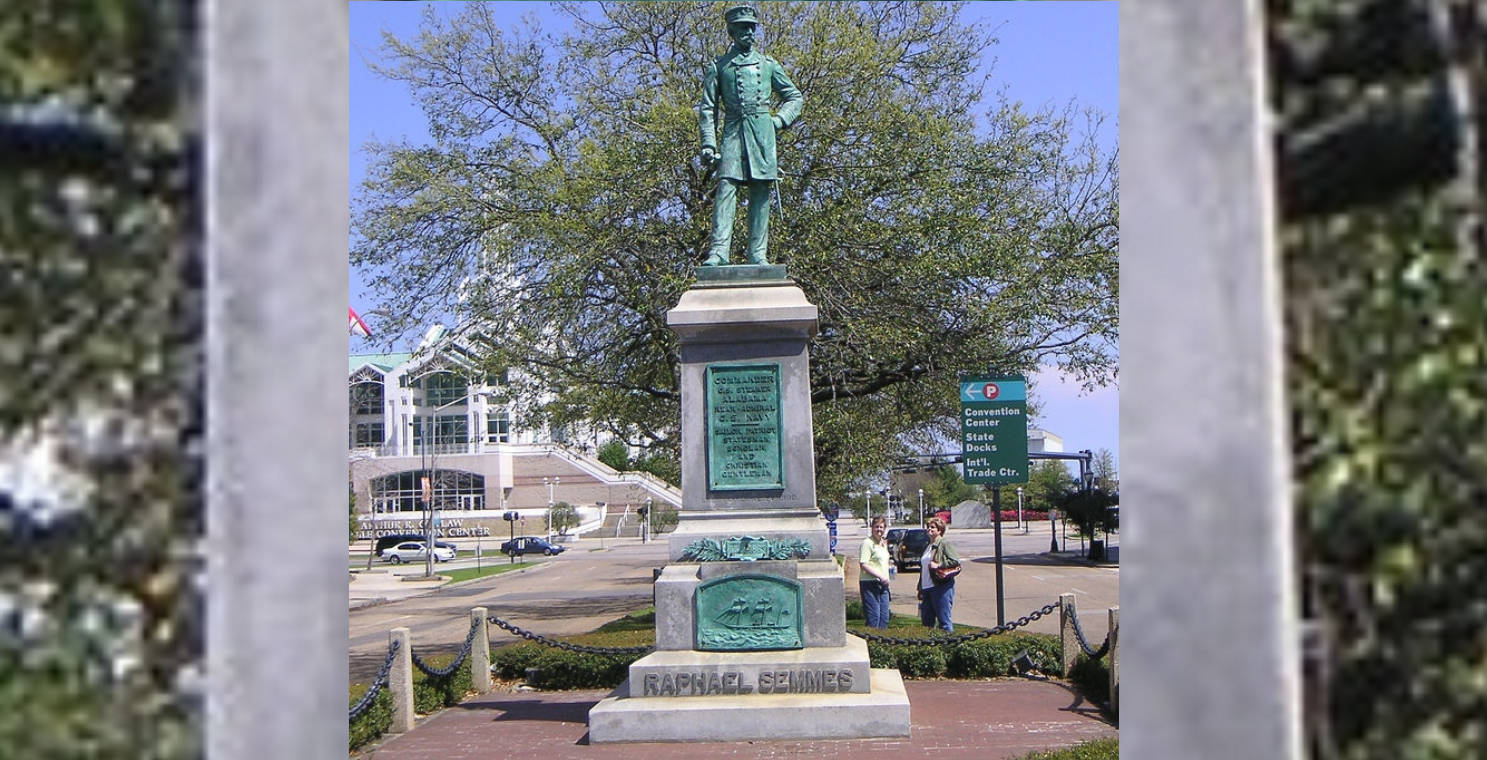 MOBILE, Ala. (AP) — A Confederate statue that stood for a century in Alabama’s port city will be permanently relocated to a museum, the city’s mayor announced.

Mayor Sandy Stimpson announced Sunday that the History Museum of Mobile has received the bronze likeness of Admiral Raphael Semmes, which stood in a middle of a downtown street near the Mobile waterfront for 120 years until June 5. He said the museum will develop a plan to protect, preserve and display within the museum” the statue and “place it into the appropriate historic context.”

“I have no doubt that moving the statue from public display was the right thing to do for our community going forward. The values represented by this monument a century ago are not the values of Mobile in 2020,” Stimpson said in a statement.

Alabama Attorney General Steve Marshall said Monday that Mobile agreed to pay a $25,000 fine for violating a state law protecting monuments over 40 years old. He said the city has agreed to pay the required fine without a court order.

Marshall’s office earlier this month filed a lawsuit against the city of Birmingham for removing a Confederate monument.

Birmingham Mayor Randall Woodfin has said the potential $25,000 fine was worth the removal of the statue that had caused unrest in the majority-black city.

Semmes was a Confederate commerce raider, sinking Union-allied ships during the Civil War. According to the Encyclopedia of Alabama, he was jailed on treason charges in New York City before returning to the South after the war and was later prohibited by U.S. authorities from taking office as an elected judge in Mobile.

He devoted his later years to writing his memoirs and became a “Lost Cause” hero to Southerners who lamented the end of the Confederacy. The statue was dedicated in 1900, the year before Alabama ratified a Constitution that established white supremacy in the state by essentially disenfranchising blacks and poor whites.

“Over 300 years, there are chapters of darkness and light that weave together to form the Mobile story. The most important chapter is the one we write next,” Stimpson said in a statement.