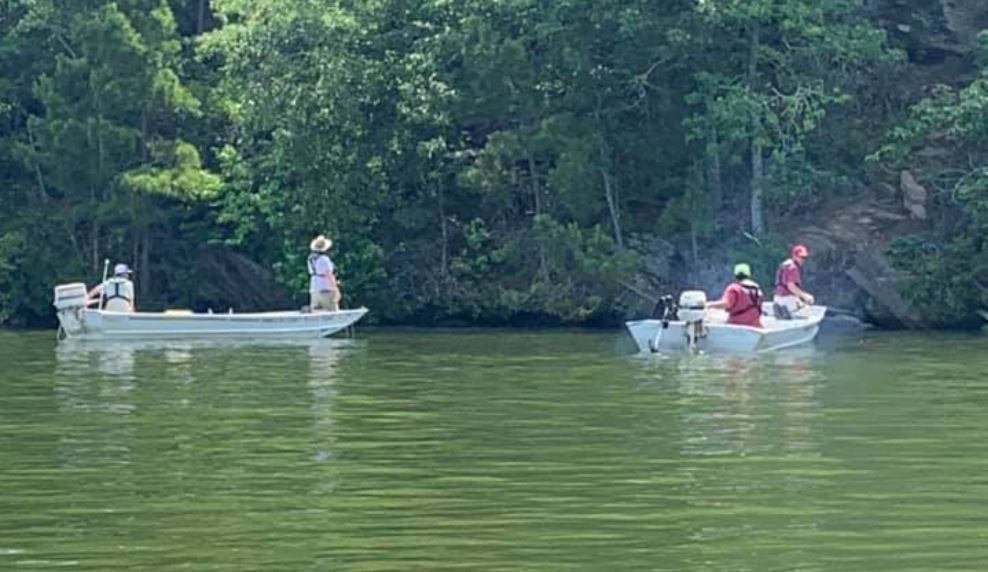 Hoover man dies after jumping from cliff on Lake Wedowee

WEDOWEE, Ala. — The Randolph County Sheriff’s Office released the identity of a man who died after jumping off a cliff into Lake Wedowee, on Saturday, June 13, 2020.

The body of Christopher Michael Sterley, 22, of Hoover, was recovered from the lake two days later, on Monday, June 15.

The sheriff’s office said the Randolph County Rescue Squad had been searching for Sterley after family members said he jumped off what is known as “the jumping rock.”

The incident happened about a mile from the Lonnie White Boat Ramp on the Harris Reservoir. Randolph County Sheriff David Cofield said crews were dispatched just after 4:30 p.m. Saturday.

The Randolph County Sheriff’s Office also expressed condolences to Sterley’s family and asked everyone on the lake to “proceed with extreme caution.”