BIRMINGHAM — The Birmingham Police Department announced it has made multiple arrests in connection to civil unrest and rioting that happened in the early morning hours of Monday, June 1, 2020.

After investigations into looting and vandalism, the police department confirmed several people are now facing charges. Their inmate photos and charges are listed below.

Comedian Jermaine “FunnyMaine” Johnson was originally charged with inciting a riot in connection to the incident but the city of Birmingham has dropped that charge.

The riots began after a peaceful protest on Sunday, May 31, at Kelly Ingram Park. 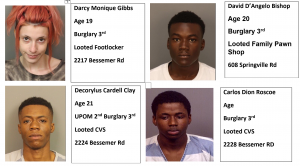 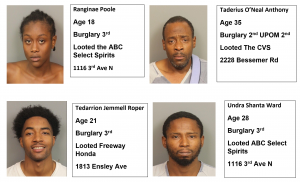