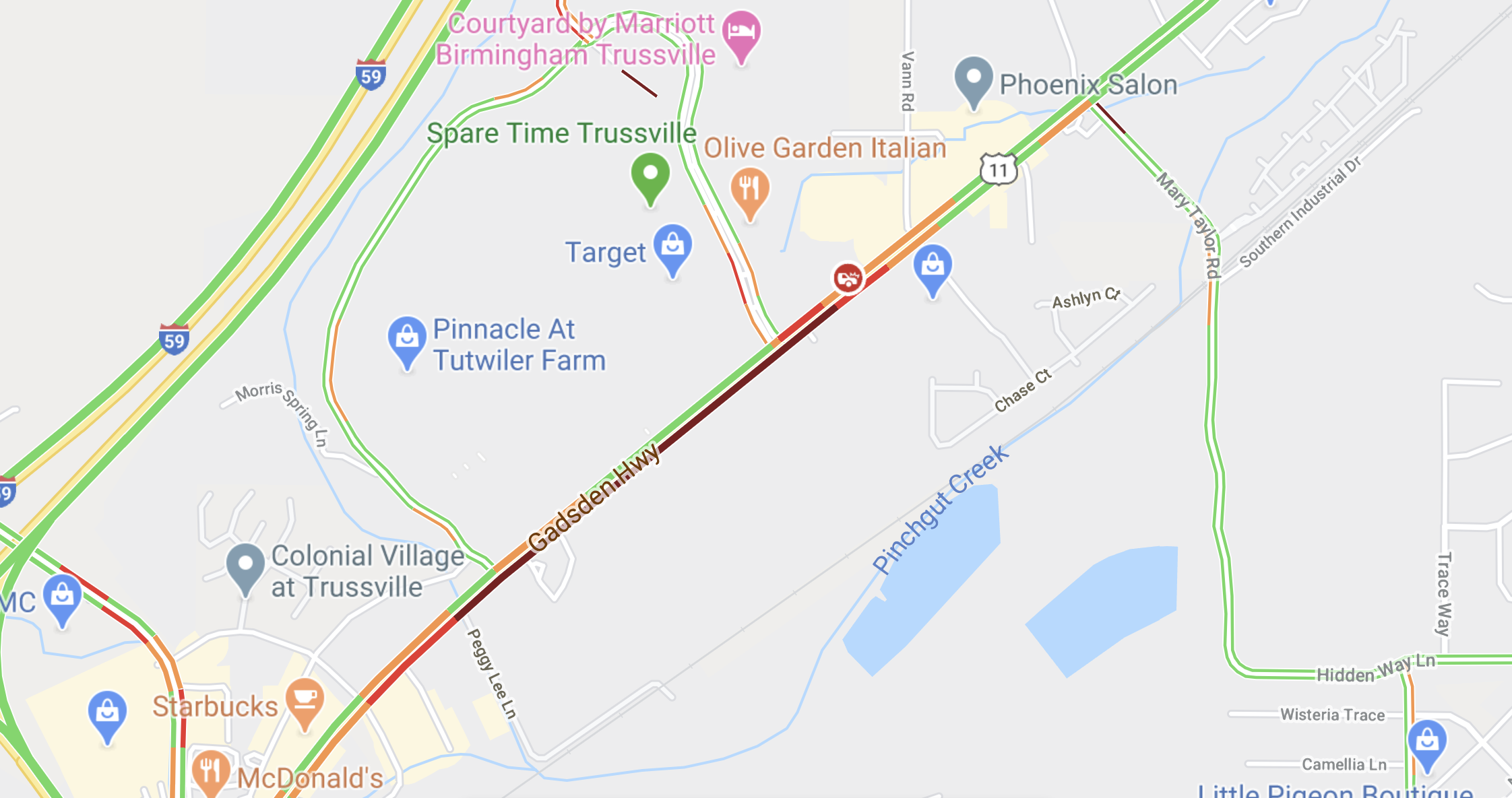 TRUSSVILLE — The Trussville Police Department and Trussville Fire & Rescue are on the scene of a crash on Highway 11.

Fire Chief Tim Shotts said a passenger vehicle and a tractor-trailer were involved in the crash on Thursday, June 18, around 1:25 p.m., near the intersection of Mary Taylor Road.

Police said the driver of the Chrysler 200 initially left the scene on foot. Officers tracked him down and he returned to the scene with a minor injury that police believe he received after the crash. The man, who has not been identified, had a suspended license and was issued a citation for leaving the scene of an accident, according to police.

Drivers are asked to avoid the area if possible. If you are unable to do so, use extreme caution.