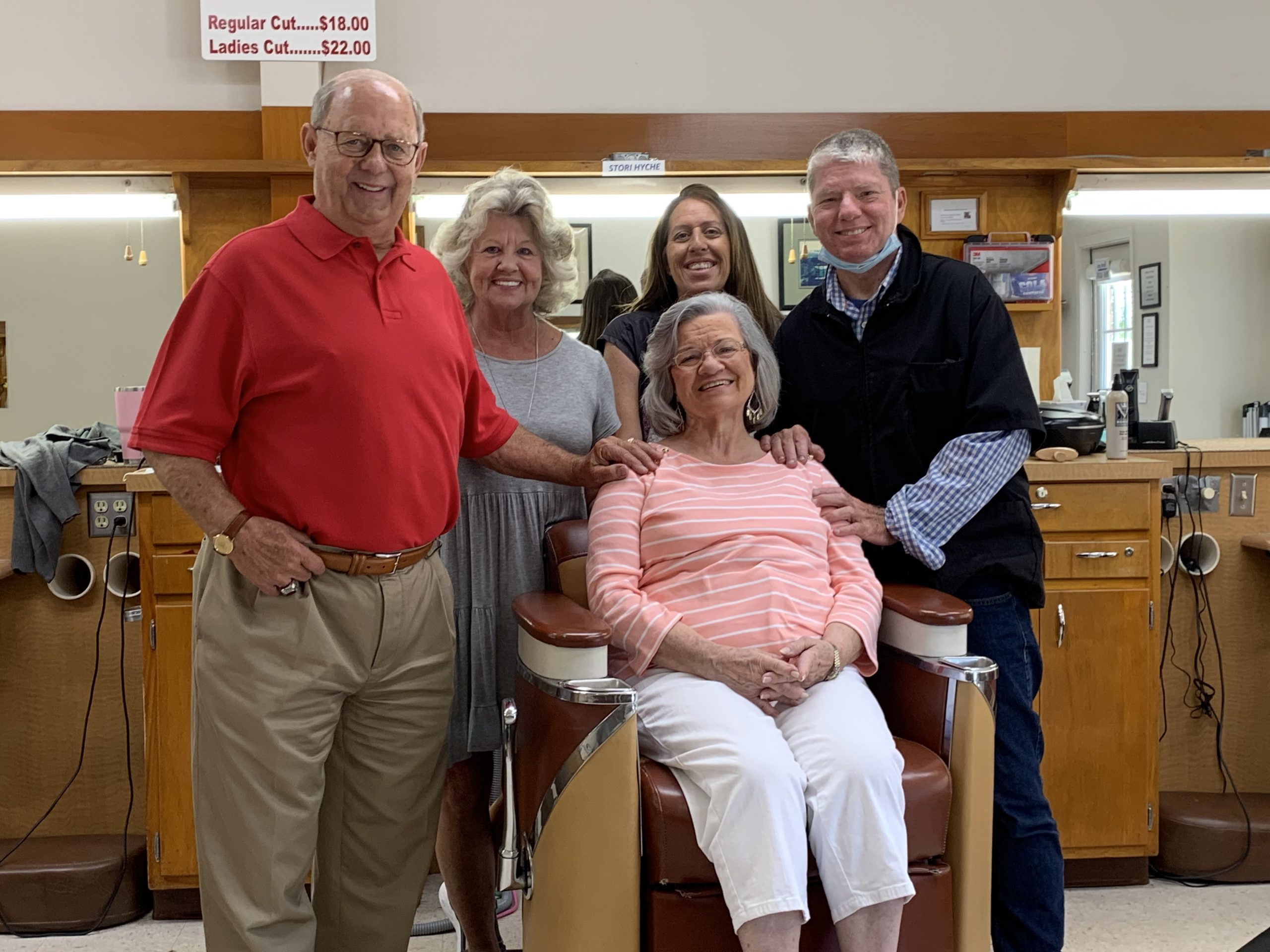 With a newfound sense of joy, Husky’s ‘Scissor’ Barber Shop reopens its doors under new management

TRUSSVILLE – Does this sound familiar:

“After 50 years in business, the Husky Barber Shop is closing. A favorite spot for generations of customers looking for good company and a good haircut, the Husky’s official last day is April 30, 2020. Like other establishments of its kind, the shop has spent the past several weeks in hibernation due to the COVID-19 shutdown, making for an inauspicious end to the life of an icon in the Trussville business community.”

That was the lede from a story written by June Mathews in The Tribune published on April 27, 2020.

Unbeknownst to Mathews, the Husky’s Barber Shop would soon return from the clutches of nostalgia following the Trussville icon’s purchase in May by retirees Greg and Beverly England.

Rebranded the Husky’s (Scissor) Barber Shop, to appease the previous owner, Lacy Wright, the barbershop remains nestled within a small strip mall on Gadsden Highway and is open to all.

“Greg and Beverly have put a lot of work and time in this shop and it will be very successful,” Cathy Chapple, operating manager of the barbershop, said. “We are happy to have a much needed, refreshing change. Customers are greeted with a welcoming hello.” 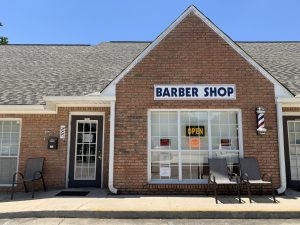 The new owners, the Englands, purchased the shop whilst seven years into retirement. Their new venture is far removed from trips to Switzerland, Hawaii (multiple times) and cruises around the world. They had sunk into the cushy world of car shows and bliss when barbers Rob Marlow and Chapple reached out and asked them to purchase the shop following Wright’s decision to retire and close the business.

“We did not want the shop to close,” Beverly, who is a Woodlawn High School graduate, said. “It has been a part of Trussville for 50 years. We didn’t want to see people without work. We were retired and we were able to do it. So, we talked about it and we did it.”

The Husky’s Barber Shop has been a staple of Trussville since 1970 when Cecil Cornelius opened its doors in the downtown corridor within a tiny building at 104 North Chalkville Road. Cornelius bought the then-Trussville Barbershop from J.M. Herring in 1969 and rebranded it the Husky’s Barber Shop. In 2001, Cornelius moved the shop to its current located on Gadsden Highway where he remained until he retired in 2012.

“The days that Cecil worked, he would get up early and be at the shop at about 4-5 a.m.,” Fay Cornelius, Cecil’s wife, said. “He would do his exercise and catch some early morning customers. He had a lot of customers who came in early before they went to work. He did this for many years. He enjoyed barbering, his customers and his shop. He met a lot of people and made friends through these years.”

Though admittedly not a barber, Greg, who spent 35 years at ABC Coke and 15 years with United Steel Works International, is proud to carry on the tradition started by Cecil and allow the strengths of the current barbers, Marlow, Chapple and Stori Hyche, to guide the shop moving forward. Not much has changed with the new regime, Chapple remains the head barber with 44 years in the business, Marlow still resides after five years and Hyche is still pushing flat tops, fades, old-fashioned straight razor and any types of cuts that people desire.

The only difference, minus the addition of “Scissor” into the masthead, is that a new sense of freedom and joy has enveloped the barbershop following the England’s arrival.

“I love them,” Marlow said. “They’re awesome. They’re just really outgoing and friendly. They just go out of their way to make people happy.”

The goal for the England’s is to continue to grow the business and add a fourth barber in the coming years. If Beverly has her way, the shop would continue for another 50 years and beyond.

And despite what you read on social media, the Husky’s Scissor Barber Shop is indeed open.