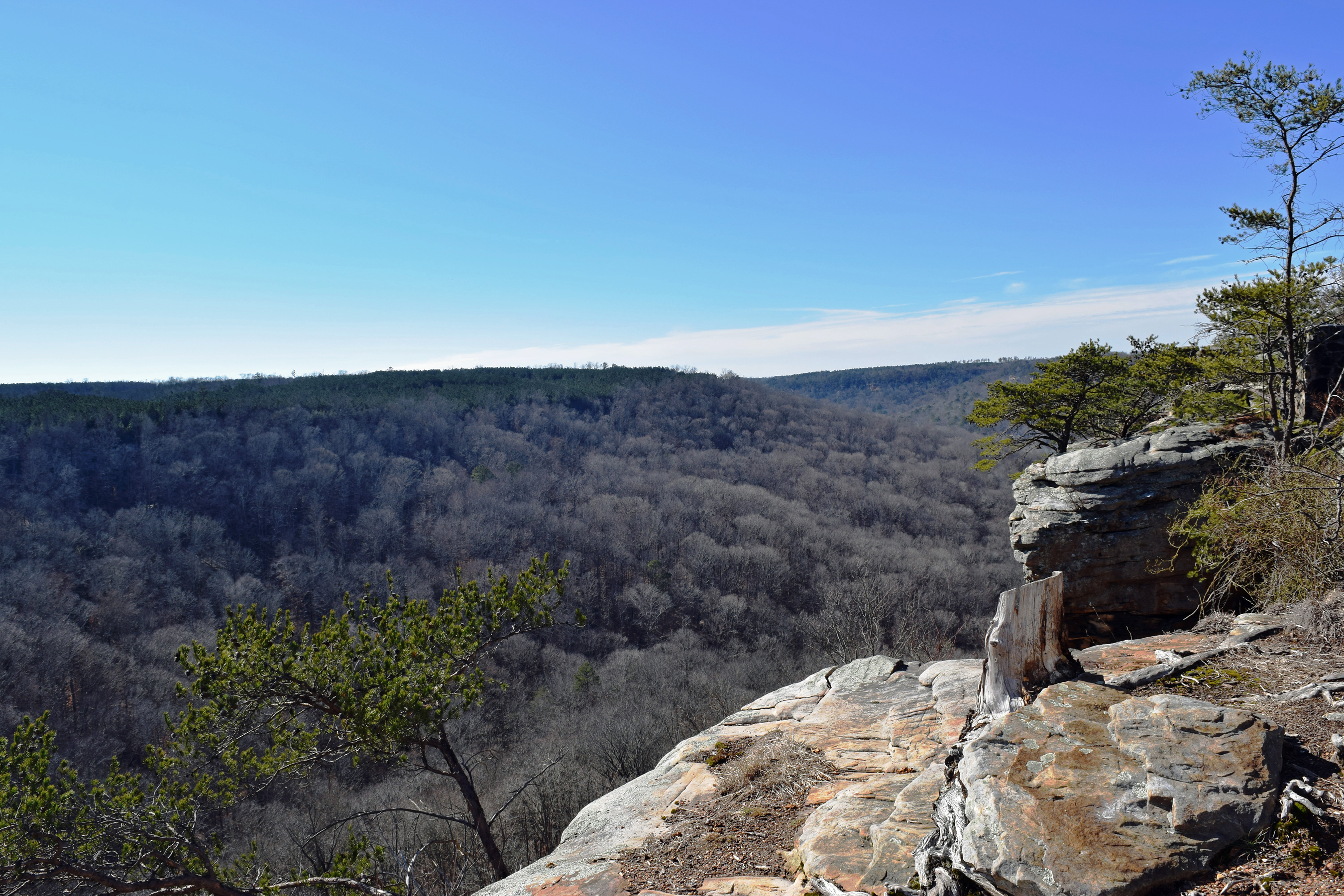 Emily Vanderford shot the beautiful vista from one of the overlooks at Buck’s Pocket State Park. (photo submitted by David Rainer)

By The Tribune staff reports

GROVE OAK, Ala. — A state park in northeastern Alabama is back open after four years. The completely renovated Bucks Pocket State Park campground and a new 8-mile-long trail for ATVS and other small off-road vehicles opened Monday, news outlets report.

The park headquarters are in Grove Oak, an unincorporated community in DeKalb County. The park itself also goes into Jackson and Marshall counties, and is in a natural pocket in Sand Mountain’s plateau, according to the Alabama State Parks website.

It closed during a time when the Legislature put parks money into the general fund, Al.com reported. A constitutional amendment passed in 2016 said the state Legislature cannot take money generated by state parks for other government purposes unless parks take in more than $50 million.

The new off-road vehicle trail starts across from the campground entrance and runs through mountains and along South Sauty Creek.

“It’s not designed to be fast,” North Alabama Trails Coordinator Ken Thomas told WHNT-TV. “It’s designed to be nice and slow and easy, and that’s because of the scenery. We want you to soak it in. Buck’s Pocket State Park is definitely one of the beautiful mountainous areas.”