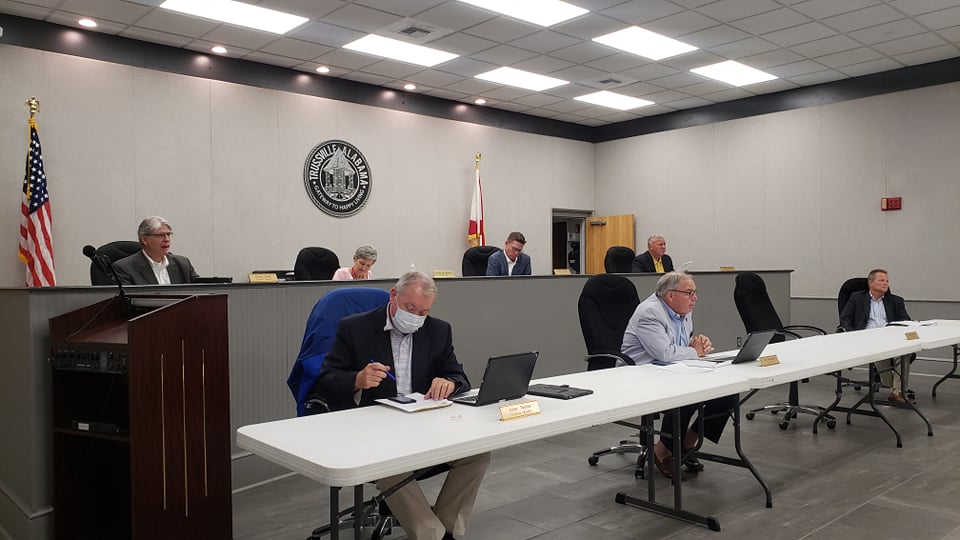 TRUSSVILLE — The Trussville City Council approved improvements for Interstate 59 and approved the installation of surveillance cameras for part of downtown Trussville.

During its regular meeting on Tuesday, June 23, 2020, the council unanimously voted to pass a resolution approving construction on I-59 Northbound, from CR10 to the St. Clair County line. Mayor Buddy Choat said he hopes the work can be done by the end of the year. He is hoping to have a timeline from ALDOT by Thursday.

The city council approved three surveillance cameras to be placed on the plaza in downtown Trussville. The plaza, where the old Braden’s Furniture store once stood, will have parking, so Trussville Police Chief Eric Rush said it will be important to have cameras in the area.

“These surveillance cameras will be in the parking area at the plaza,” said Rush. “The cameras will be utilized to allow us to watch the area so we can protect people and their belongings when they’re in the city.”

Last year, the city approved the same cameras for the downtown Entertainment District.

Councilman Brian Plant was not at the meeting Tuesday night and was unable to vote on any measures.

The Trussville Senior Center will receive a $10,000 grant from Jefferson County for operations.

The council announced the Presidential Preference Primary Runoff will be on Tuesday, July 14, so the city council meeting will be moved to Thursday, July 9, at 5:30 p.m. The workshop will be at 5 p.m.

Freedom Celebration will be held on Saturday, July 4, from 7 p.m. – 9 p.m. There will be music, limited vendors and music.