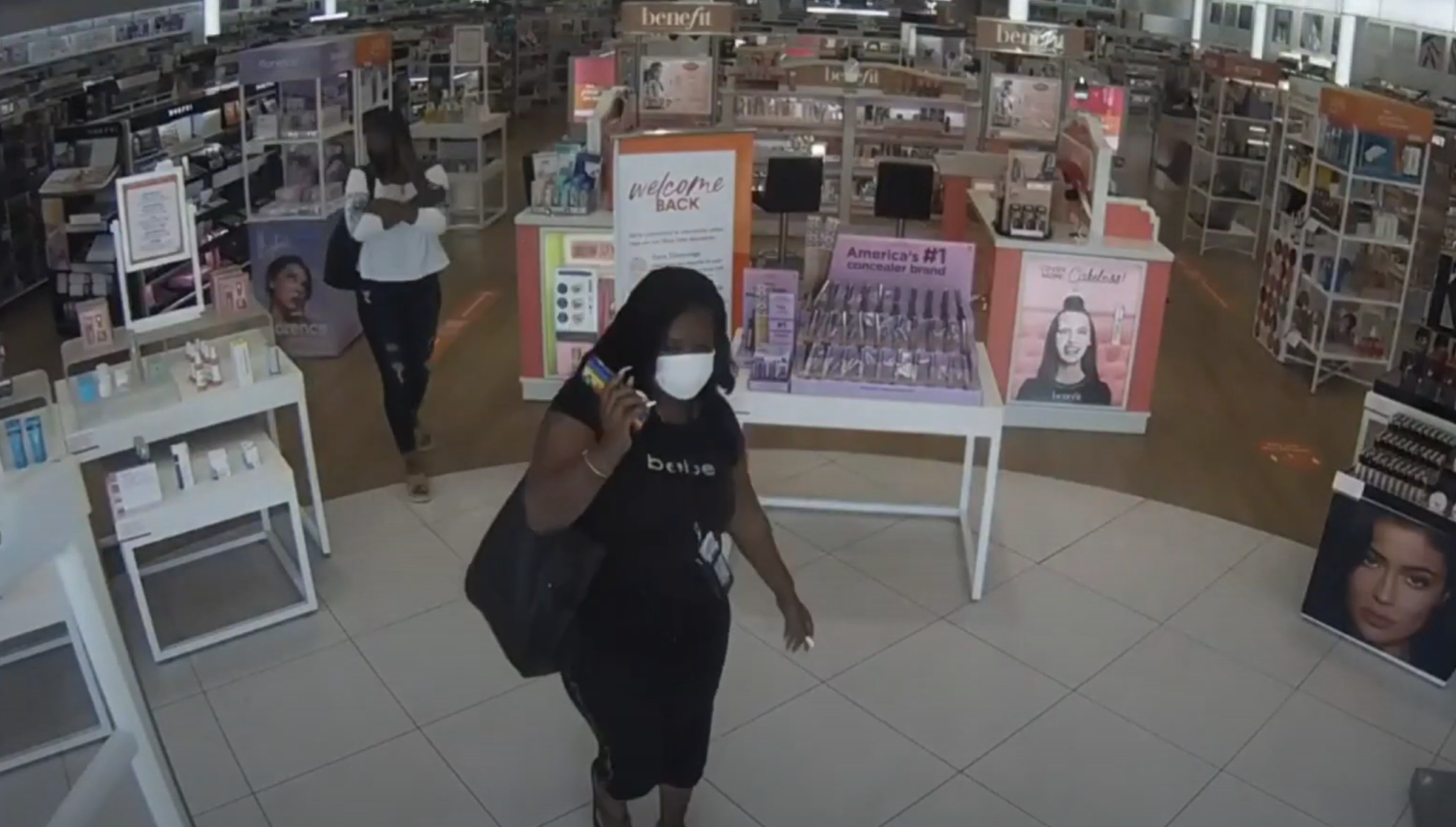 From The Tribue staff reports

TRUSSVILLE — The Trussville Police Department released a surveillance video of two women suspected in a theft at Ulta Beauty. Detectives are asking for help identifying the pair.

According to a police report, the women went into the store on Friday, June 19, around 12:52 p.m. The report stated that they both had large purses and went around the store taking assorted merchandise and putting it into the purses. Police said the video showed the two women walking out of the store without paying for any of the items.

If you recognize either of the women, you are asked to call Trussville Police.