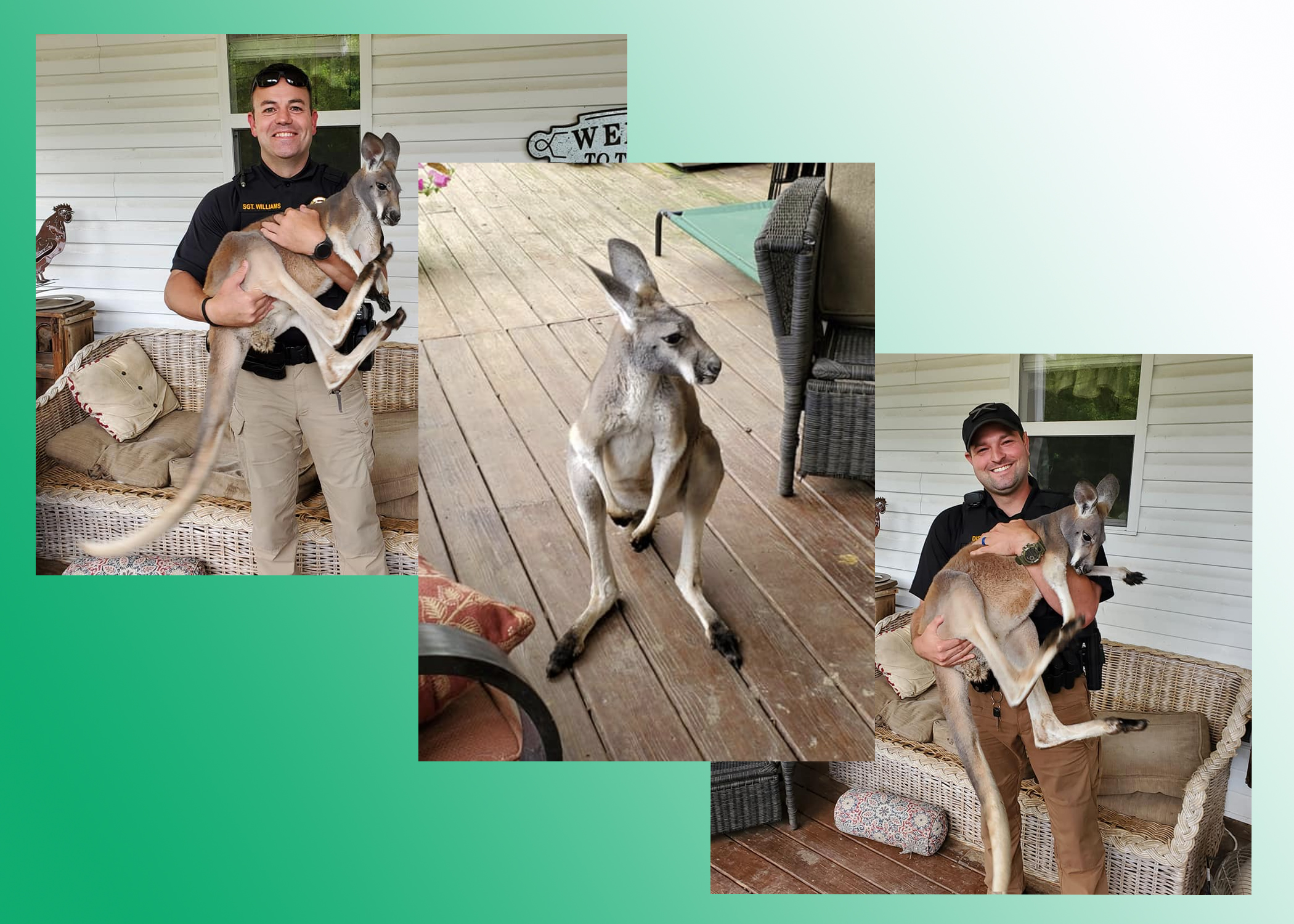 SPRINGVILLE — You could say Springville Police “bounce” around the city answering calls, but one call over the weekend was one that two officers won’t soon forget.

Sgt. Brian Williams and Officer Tim Dison responded to an alarm call on Saturday, June 27, 2020. When they arrived at the home, an unusual sight they saw.

“There it was, a kangaroo on the front porch,” said Williams.

That’s right! The homeowner had a kangaroo. The officer said the man had gifted the animal to his wife. It lives in the home and is a bit more like a dog than a marsupial, according to the officers.

Like so many calls, officers never know what they will find when they arrive on the scene. This day was no different.

“I’ve dealt with a lot of exotic animals, but that’s the first kangaroo,” Dison explained.

Roody the kangaroo made for a “roo-tine” call. But nothing about it was “routine.”

“He had a kangaroo standing behind him on the porch,” Williams said. “I was like, ‘Wait a minute, dude!’ It’s very unusual. I see dogs, cows, horses a lot. That’s normal, but not a kangaroo.”

The owner of the kangaroo allowed the officers to hold Roo and take pictures. The officers said they enjoyed the unique experience.

Thankfully, the alarm call was a false alarm.

“The owners were there, so there was nothing to it but we went ahead and answered the call,” Williams said. “And we were glad we did!”