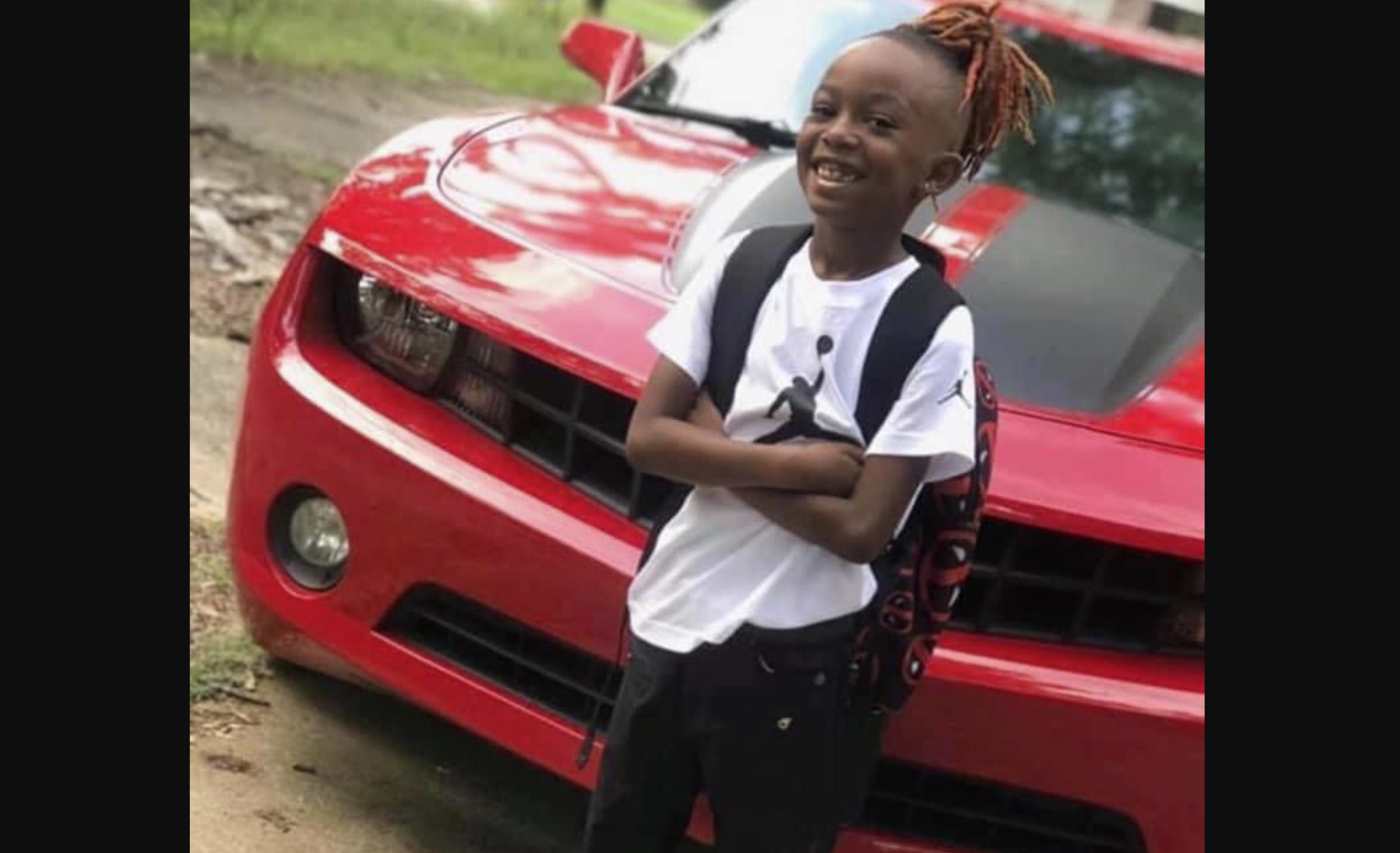 BREAKING: 8-year-old dies after being shot at Riverchase Galleria, 3 others injured

HOOVER — The Hoover Police Department confirmed an 8-year-old boy died after a shooting at the Riverchase Galleria. Three others were injured.

UPDATE: Arrest made in Galleria shooting that left 1 dead

Police said the injured victims who were injured were a juvenile victim, an adult male and an adult female.

Police said the shooting happened on Friday, July 3, 2020, inside the mall, near the food court. The four people shot were taken to local hospitals. The 8-year-old died shortly after arriving to Children’s of Alabama.

Carol Robinson, with al.com, spoke to a woman identifying herself as the mother of 8-year-old Royta Giles. The mother said her son was shot in the head. The woman said her family was waiting to go inside Children’s Place when shots rang out. She said her son was a student at Jonesboro Elementary School in Bessemer. The school posted about Giles on its Facebook page.

Police said the scene has been contained. They said they will remain on the scene throughout the night. Hoover Police Chief Nicholas C. Derzis said they are following up “on some very good leads.”

“This is certainly a tragic situation when you have an innocent child who gets caught in the middle of an altercation between others,” Derzis said. 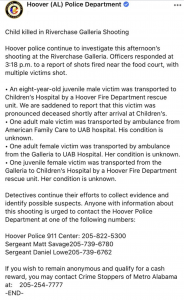 Annalisa Pope, who works at Hollister in the mall, told WBMA-TV in a telephone interview that she heard six to seven shots fired.

“It wasn’t just one or two,” she said. “That’s what got me off guard. They (the shots) just kept going.”

She said the gunshots “sounded like they were coming from every direction.”

The Riverchase Galleria is currently closed.

If anyone has any information, video, or photos that might assist Detectives, you can submit them here: https://t.co/6fndLRL4Bc