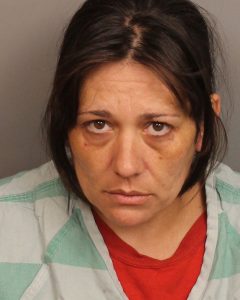 PINSON — A 41-year-old woman has been arrested following a shooting that took place near Pinson on Friday, July 3.

The Jefferson County Sheriff’s Office has charged Tabitha Hannon Dickey with domestic violence/attempted murder after she told deputies she shot her husband in the back. Dickey called and informed dispatch of the happenings early Friday morning.

Upon arrival at the 9500 Block of Cumberland Oaks Dr., officers discovered Dickey’s husband was no longer on the scene. He was later found at a nearby family member’s home, suffering from a gunshot wound.

His injuries are not believed to be life-threatening.