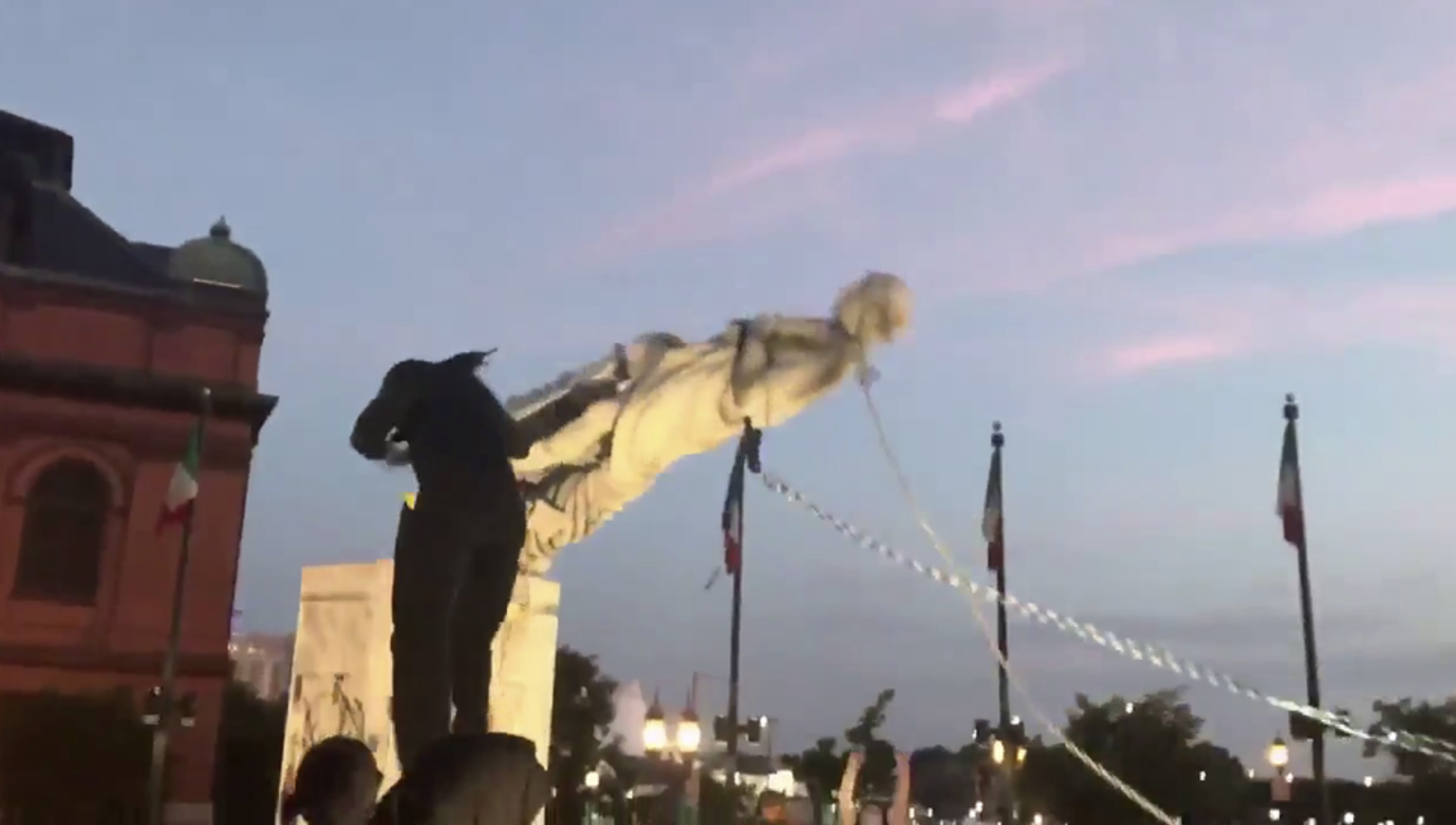 Baltimore protesters pulled down a statue of Christopher Columbus and threw it into the city's Inner Harbor on Saturday, July 4, 2020. Photo: WJLA

BALTIMORE (AP) — Baltimore protesters pulled down a statue of Christopher Columbus and threw it into the city’s Inner Harbor on Saturday night.

Protesters mobilized by the death of George Floyd at the hands of police have called for the removal of statues of Columbus, Confederate figures and others. They say the Italian explorer is responsible for the genocide and exploitation of native peoples in the Americas.

According to The Baltimore Sun, the statue was owned by the city and dedicated in 1984 by former Mayor William Donald Schaefer and President Ronald Reagan.

A spokesman for Baltimore Mayor Bernard C. “Jack” Young told The Sun the toppling of the statue is a part of a national and global reexamination over monuments “that may represent different things to different people.”

“We understand the dynamics that are playing out in Baltimore are part of a national narrative,” Lester Davis said.

Statues of Columbus have also been toppled or vandalized in cities such as Miami; Richmond, Virginia; St. Paul, Minnesota; and Boston, where one was decapitated.