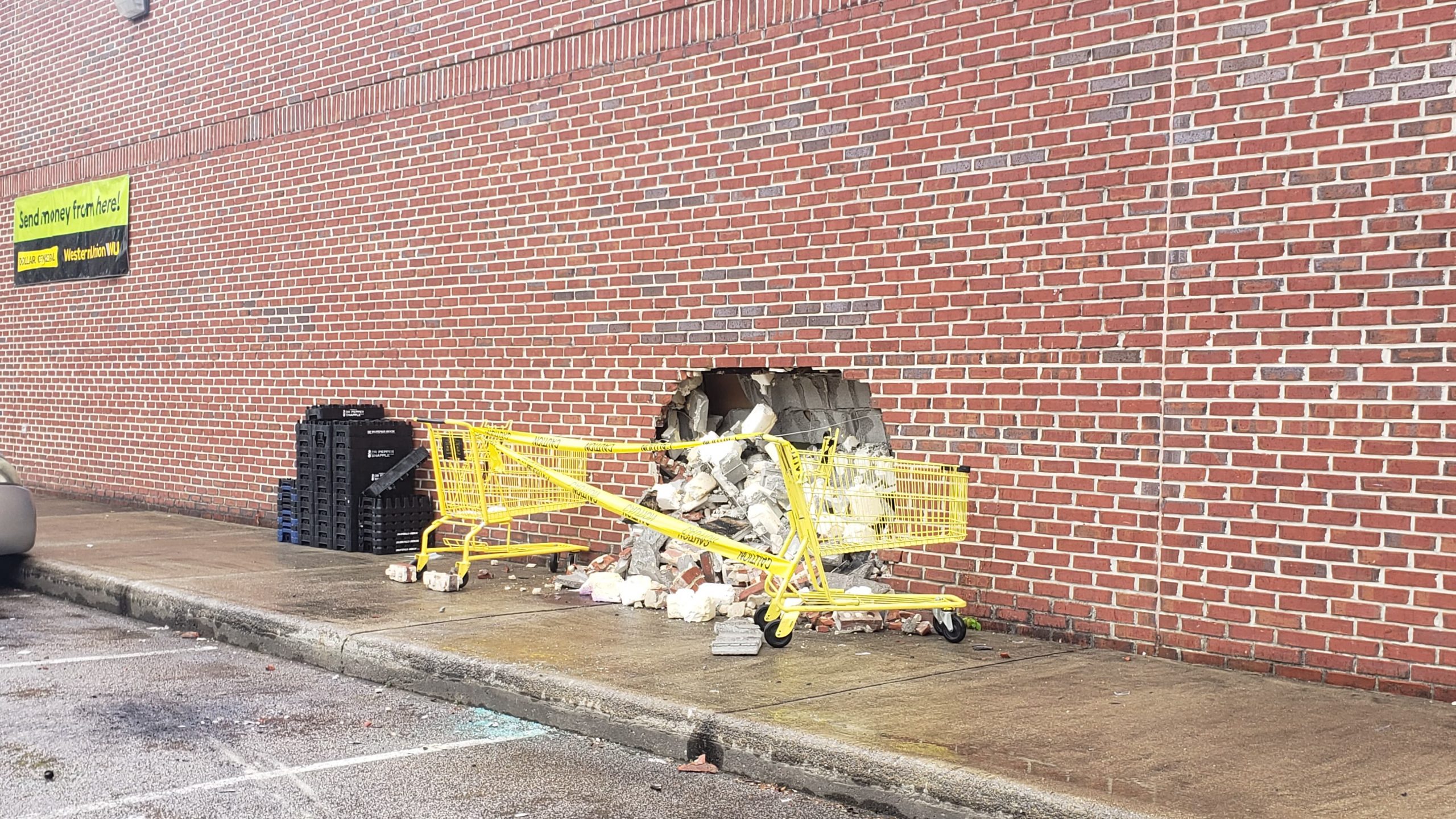 CLAY — The Jefferson County Sheriff’s Office and Center Point Fire and Rescue responded to a vehicle that crashed into a store on Monday, July 6, 2020.

According to the sheriff’s office, the call came in around 4 p.m. from Dollar General, in Clay. Deputies said the man driving the vehicle had a medical issue that caused him to crash.

Center Point Fire and Rescue transported the man to a local hospital. There is no word on his condition.

There is a hole in the side of the building of the Dollar General, which is located on Brewster Road, near Old Springville Road and Sweeney Hollow Road.