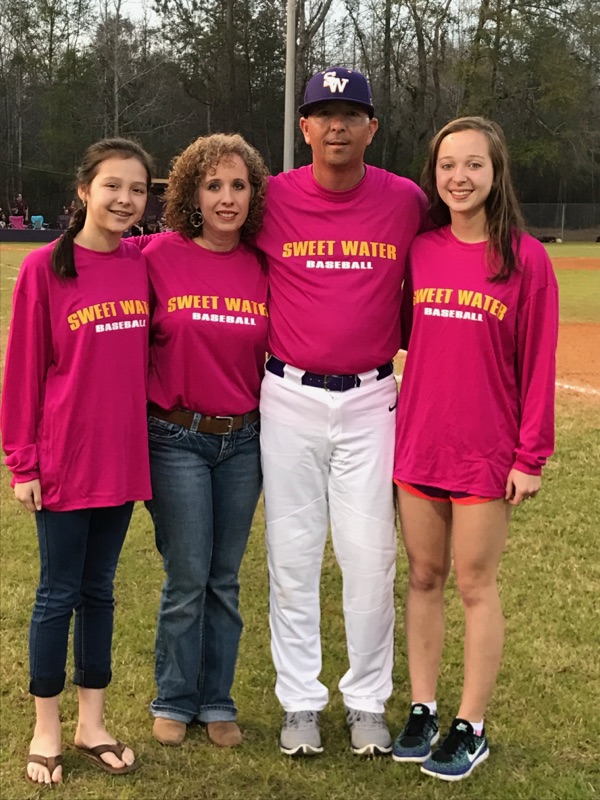 PINSON — It’s going to be fun.

Student-athletes who choose to play for new Pinson Valley head baseball coach John Gluschick need to be ready for that much before they take the field next season. The Montgomery native was introduced as the school’s next skipper on Tuesday, July 7 and conducted his first team workout the following morning.

Gluschick has 14 years of experience as a head coach and four state championships between stints at AISA Lowndes Academy and Class 1A Sweetwater. What’s the one thing each of those championship teams had in common?

“As far as championship teams go, those groups are having fun playing baseball,” said Gluschick. “And those teams are fun to coach.”

“If we can keep the fun in this game and if I can teach them how to play it the right way, I think that’s just going to breed success,” he continued.

He won back-to-back AISA titles at Lowndes Academy in 2006-07, finished runner-up his first season in 2005 and was named the AISA Coach of the Year for three consecutive seasons. He also spent three years at Sweet Water, winning back-to-back Class 1A championships in 2017-18.

Gluschick, who is coming off back-to-back single-season stops at Charles Henderson and Brookwood, said he was attracted to the recent success Pinson Valley has found on the gridiron and the hardwood. He hopes that confidence will translate to the diamond.

Based on last year’s roster, he expects to field a mature squad in 2021.

“We’re going to be pretty senior heavy, and I’ve heard a lot of great things about those guys—really anxious to meet them all,” said Gluschick.

The philosophy he brings into the Indians’ program is a mix of fundamental defense and aggressive offense.

“I was always the type of guy in the past that if you hit, I have to play you; I have to get you somewhere on the field,” said Gluschick. “With the new DH/pitcher rule, you can really do that.”

However, he also believes in the approach he picked up from UAB head coach Brian Shoop: play catch at a high level.

In addition to his duties as head baseball coach, Gluschick will serve as an assistant on first-year head football coach Sam Shade’s staff.