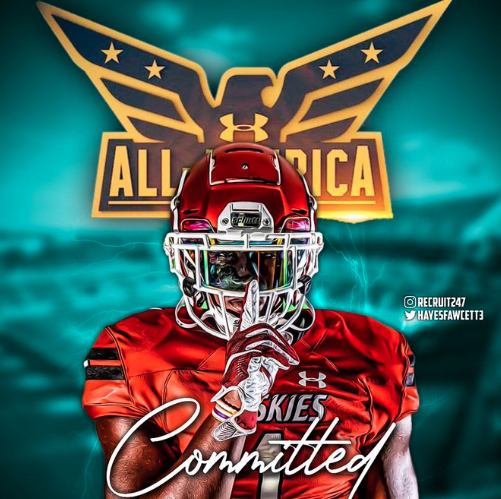 TRUSSVILLE — It was a big day for the Hewitt-Trussville High School football program.

With uncertainty surrounding the state of the sport amid the coronavirus pandemic, a pair of Husky defenders took turns spreading some good news on Tuesday, July 14.

Washington was a tough assignment for any wideout last season, as he pulled down three interceptions and earned credit for 16 passes defended. He also secured 38 tackles for the Huskies.

“I committed to Ole Miss over Louisville and Kansas State,” said Washington to Rivals.com. “I have been leaning towards Ole Miss for about a week or so, then on a Zoom call with them Monday, that is when I decided I was ready.”

The Hewitt-Trussville senior also held offers from Duke, Memphis, Maryland and Vanderbilt. Kiffin, who is entering his first season in Oxford, played a big role in Washington’s decision.

“I love the optimism that comes with coach Kiffin being at Ole Miss,” Washington told Rivals.com. “With him as the head coach, great things are expected there. He has won as a head coach, he has a great staff and it is exciting there.”

Finkley, who earned First-Team All-State honors last fall as a sophomore, has lassoed multiple scholarship offers this summer. His latest rolled in on Tuesday morning from the University of Georgia.

The 6’2” defensive lineman also holds offers from Alabama, Auburn, Florida State and LSU among many others. Finkley closed out 2019 with 64 tackles, including 16 for loss.

He is listed as a four-star prospect in the Class of 2022, according to 247Sports.