HOOVER — The Jefferson County Sheriff’s Vice and Narcotics detectives arrested a Hoover man on Tuesday, July 14, 2020, after executing a search warrant at a home.

The home on Abbyglen Circle, in Hoover, was occupied by Robert Alan Ozment. Detectives said they found 6.41 grams of Cocaine, 5 ounces of methamphetamine, 14 suboxone strips, 15 alprazolam pills, two firearms and over $3,000 in cash.  In addition, nine gold bars, a 2009 BMW and other miscellaneous items were seized during the search.

“This is the second arrest of Ozment where large amounts of narcotics were seized,” the sheriff’s office said in a statement. “In March of 2020, Ozment was arrested with 2.5 lbs of Methamphetamines and a large amount of cash.” 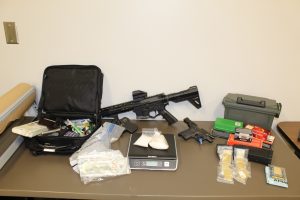 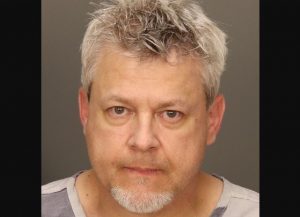 Ozment, 47, is being held in the Jefferson County Jail on a drug trafficking charge. He has no bond.