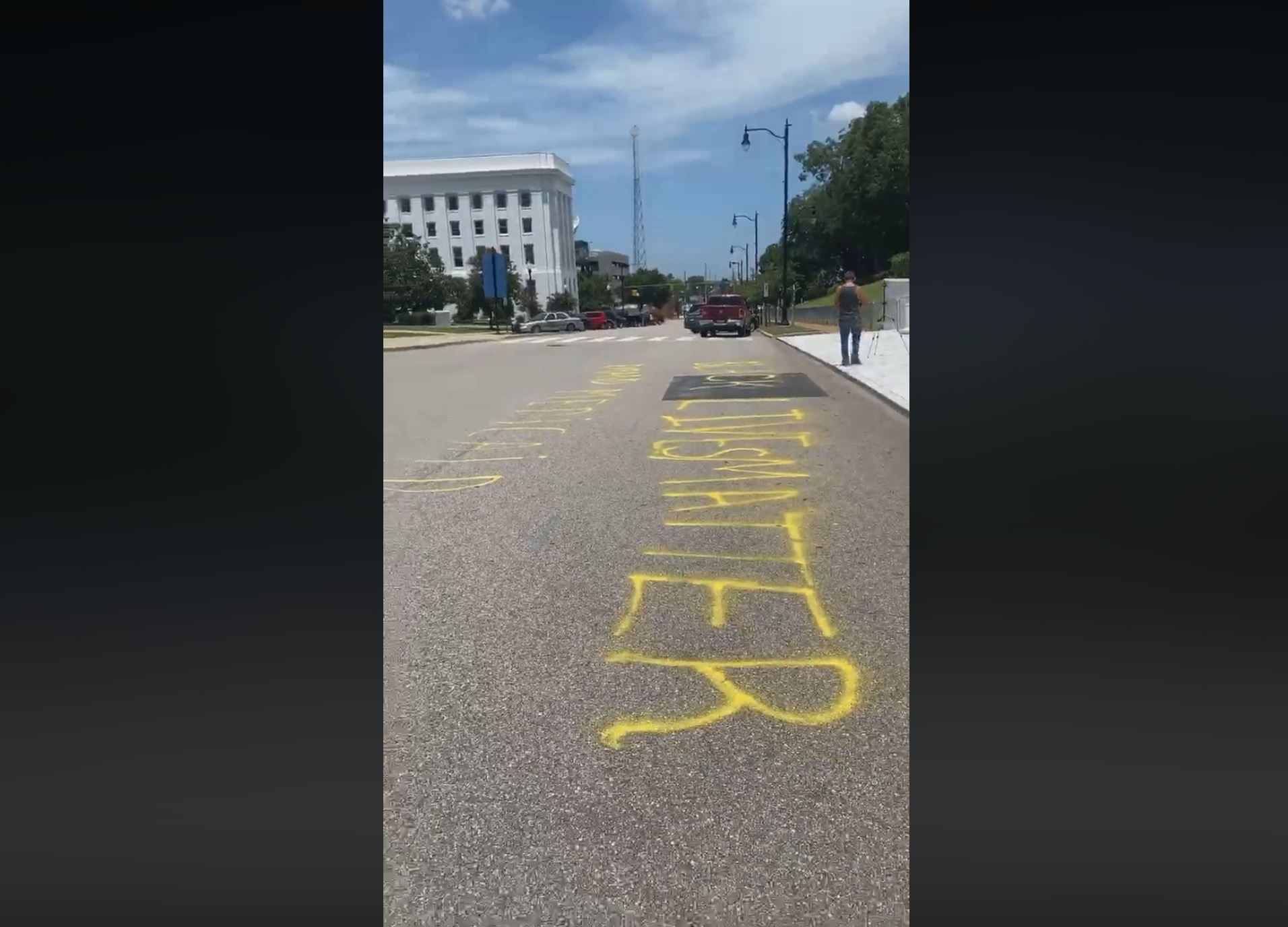 MONTGOMERY, Ala. (AP) — Demonstrators wrote “Black Lives Matter” and “Expand Medicaid” on the street in front of the Alabama Capitol during a protest on Thursday.

The painting happened during a press conference and demonstration by the Alabama SaveOurselves Movement for Justice and Democracy. The group holds regular press conferences to advocate for the expansion of Medicaid in the state.

The protest began with a mock funeral service — with people lying down in front of the Alabama Capitol — that organizers said was to remember people who died without medical care and people who died from police shootings.

Video from the event showed the messages being painted in yellow in front of the Capitol. Police were shown near the two people doing the painting, but it did not appear anyone was arrested.

Martha Morgan, a law professor, said during the event if all lives were mattering equally than people wouldn’t need to say that Black lives matter.

“So, let’s just shut up with the ‘all lives matter’ until we someday get there. Black lives must matter. They must matter equally. We must expand Medicaid for Black lives and for white lives in this state,” Morgan said.

Alabama is one of 13 states that have not moved to expand Medicaid under the Affordable Care Act.