LATEST NEWS
Home Lifestyle Like father, like son: A life in law enforcement for Chiefs of Police in Leeds and Irondale 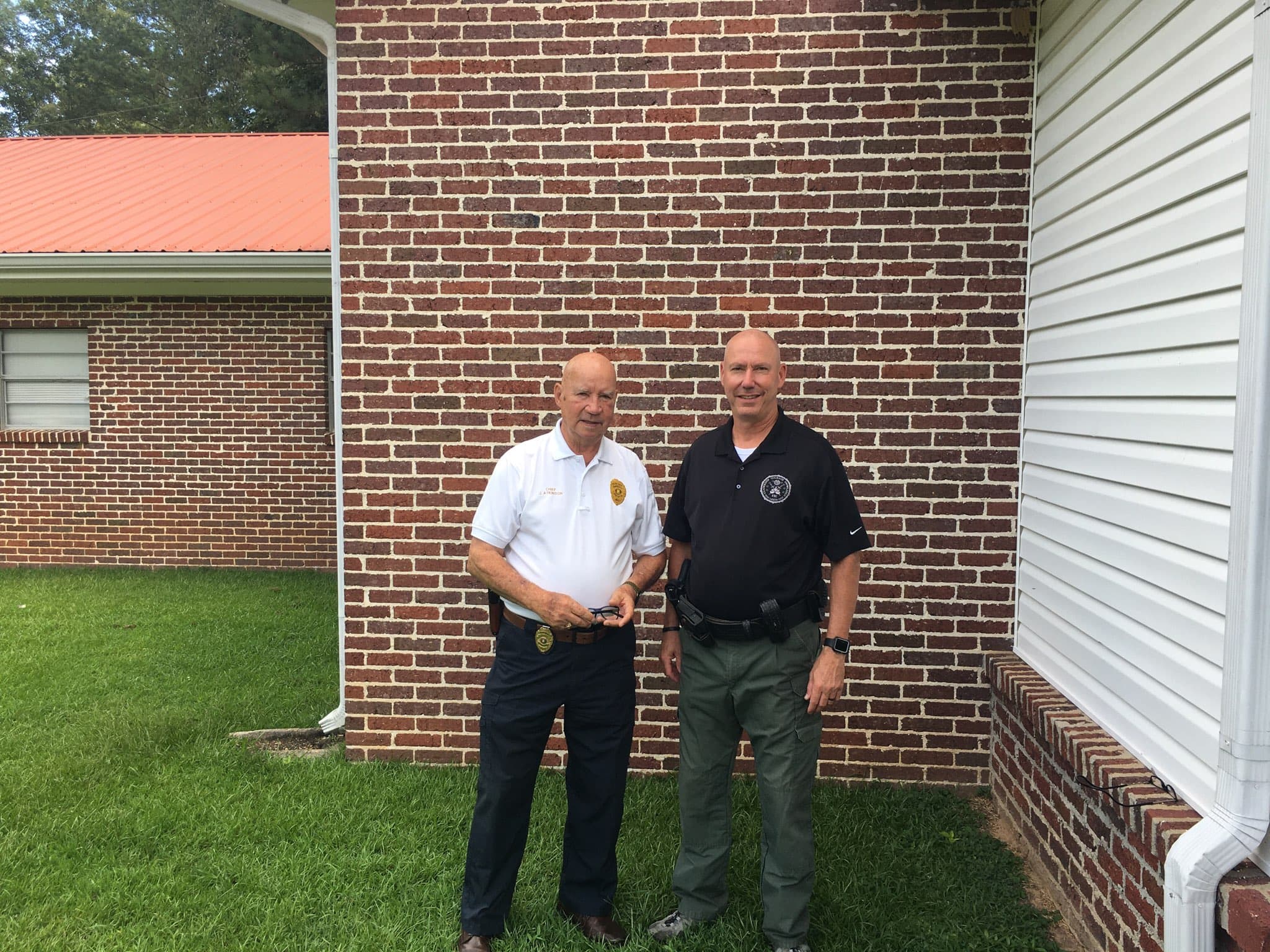 Like father, like son: A life in law enforcement for Chiefs of Police in Leeds and Irondale

LEEDS — It isn’t unheard of to have a son follow in his father’s footsteps. But Irondale Police Chief Ken Atkinson did just that with a little extra effort.

Chief Ken Atkinson’s father is Leeds Police Chief Jim Atkinson. The two have been in law enforcement for a combined 80 years. Both retired from the Homewood Police Department and both served as School Resource Officers in Homewood.

During his career, Chief Jim Atkinson was also the mayor of Homewood, he worked in Federal Court as security for the U.S. Marshal’s Office in Birmingham and he was once a Chief Deputy for the Jefferson County Sheriff’s Office

Chief Ken Atkinson said he always knew he wanted to be a police officer, after watching his father growing up.

“That was my plan in high school,” said Ken, “All of his friends were police officers and they used to come over to the house. I knew it was something I wanted to do and I knew I wanted to meet new people every day and do different things.”

After earning a degree in criminal justice from Auburn University, the younger Atkinson landed his first job as a police officer for the city of Birmingham. It wasn’t long before he started working in Homewood and in 2015, he was appointed Police Chief for the city of Irondale. That was something that made his parents proud.

“His mother and I are very proud of him and we worried every day because I knew what he was facing and what I was facing and we pray for not only his but every officer’s safety,” said Chief Jim Atkinson.

Chief Ken Atkinson said he is going to start working with Crime Stoppers of Metro Alabama on a part-time basis.

“It kind of keeps me involved a little bit in the police work aspect,” said Chief Ken Atkinson.