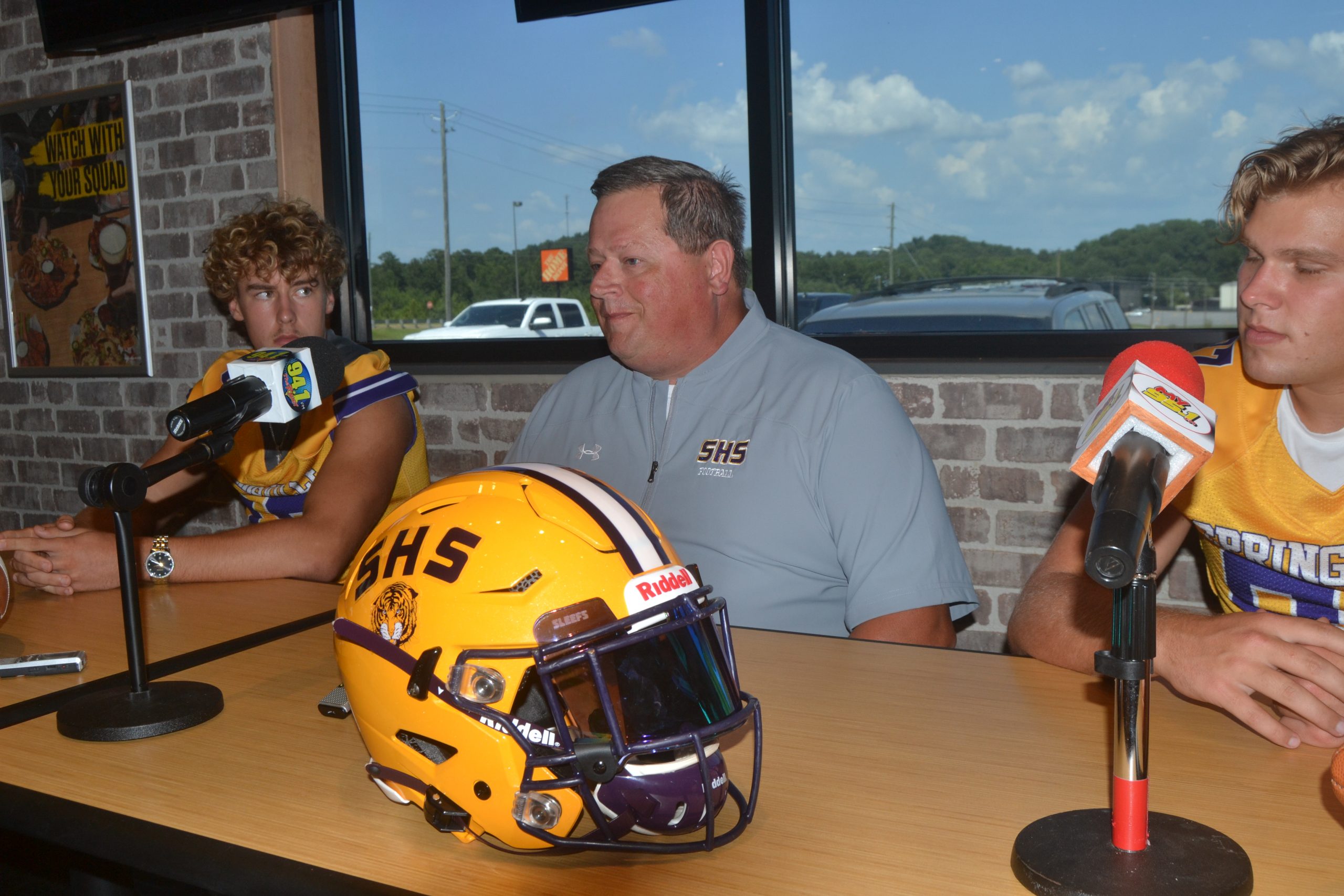 PELL CITY — The status of the upcoming high school football season remains unclear as COVID-19 continues its surge throughout the state, nation and globe. However, optimism was present on Friday afternoon as players and coaches took center stage for the second annual St. Clair High School Football Media Day at Buffalo Wild Wings in Pell City.

“We’re preparing like there’s going to be a season,” said Springville quarterback Pearson Baldwin, who joined head coach Michael Graben and wideout Landon Ho for Friday’s session with the media.

Moody returns from a 4-6 campaign, but expects a playoff push in 2020. Cole said his goal is a 9-1 regular season. 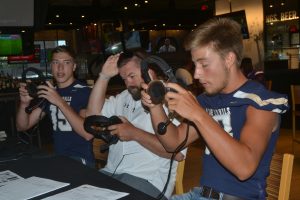 “I would love to reach the playoffs and I think this team can do it, if everyone’s committed,” said Rothe.

His head coach is focused on a different goal as kickoff approaches.

“My goals may be a little different than these guys,” said Wallace. “I just want us to have a great year. I want us to play at least 10 games and see what happens after that.”

“I want our kids to be safe,” he continued. “Of course, I want us to win a lot of games along the way, but this (coronavirus) stuff has kind of changed what your top priorities are.”

The Leeds Greenwave are making the jump from Class 4A to 5A this fall, and head coach Jerry Hood is excited about what’s ahead. He said his roster has doubled in size since his first day of practice last season.

“Even though it was a struggle last year and our record (2-8) was not very good, the atmosphere on the team was outstanding and that started spreading through our school, so we went from 26 players at the start of the year to 42 by the end of the year,” said Hood.

Dunklin, the team’s premier pass rusher, credits the growth to a season full of recruiting the hallways.

“We started spreading the word about how good our coach was and starting convincing guys it would be a fun experience,” said Dunklin. “We’re more together this year.”

As far as the upcoming season goes, Dunklin expects to find the opposing quarterback often.

Also stepping up in classification this year will be the Springville Tigers, who leap from 5A to 6A in Graben’s third season on the sideline. The Tigers will compete in Region 7 alongside Arab, Fort Payne, Oxford, Pell City, Scottsboro and Southside Gadsden.

Graben will rely heavily on his senior quarterback, Pearson Baldwin, in 2020.

“Pearson is coming off a great year,” said Graben. “He’s a dual-threat quarterback, so we’re trying to take advantage of him running the ball and throwing it. Our whole offense will run through him.”

Baldwin, a converted running back, said he has been offered by Birmingham Southern College. His favorite targets, Ho and Ben Bianchi, joined him for the lap around media day.

“We’re excited about these guys,” said Graben. “Ben is a huge weapon at tight end. He scored about six touchdowns for us last year. Landon (Ho) has had a great summer camp and catches everything that’s thrown to him.”

Per AHSAA rules, high school football camp will begin on July 27 and Week 0 is slated for Aug. 21.