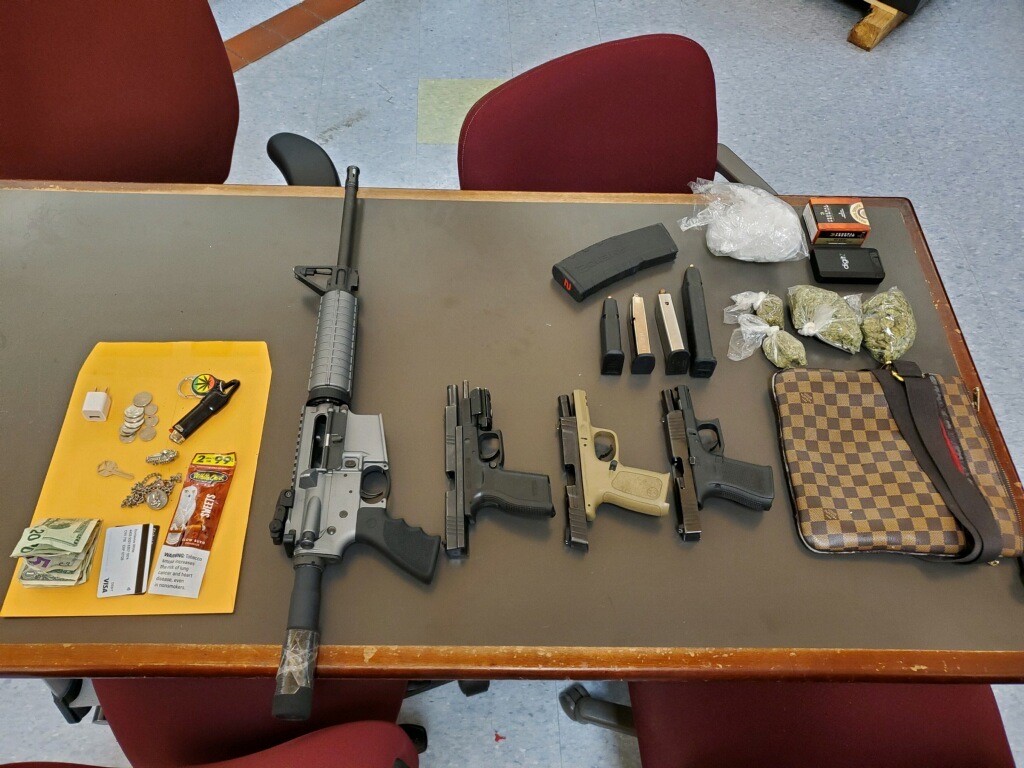 TUSCALOOSA — Tuscaloosa Police are searching for a second suspect after a chase Friday evening.

Officers began the pursuit at 5 p.m. on 23rd Street after attempting to stop a Honda Fit that was traveling 50 mph in a 25 mph zone. According to police, the driver jumped from the moving vehicle, as it was traveling around 45 mph, after leading officers on a chase onto T.Y. Rogers Avenue, 25th Street and Elm Street. The 17-year-old driver was captured after a short foot chase.

The vehicle struck a brick mailbox and came to rest in front of New Home Baptist Church on 26th Street. At that time, a passenger jumped from the vehicle and dropped a fully loaded AR-15 style rifle in the street.

“Officers found a fully loaded handgun in the driver’s possession, and other loaded weapons in the vehicle,” Tuscaloosa Police said on Facebook. “A large quantity of marijuana and empty baggies were also collected as evidence.”

The driver is being charged with attempting to elude, resisting arrest, certain persons forbidden from possessing a firearm, first-degree possession of marijuana and possession of drug paraphernalia. He will be held in the Tuscaloosa County Juvenile Detention Center.