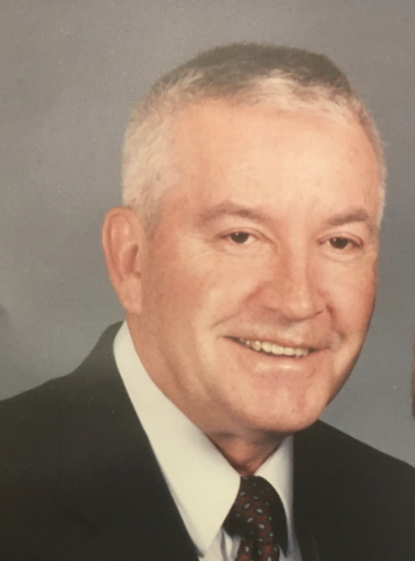 He served in the U.S. Army during the Korean Conflict, and the Army Reserves for a total of 11 years military service. Mr. LaMarsh was born on Dec. 7, 1929 in Geneva, Ohio to Byrnina Frisbie LaMarsh and William Ferman LaMarsh.

He graduated from Kent State University with a B.A., and from George Peabody College for Teachers with a Master’s Degree in Music Education. He served as a band director at Red Bay, Haleyville, Carbon Hill, and Center Point.

He began teaching in the music and business departments at Jefferson State Junior College in 1969, where he served until his retirement.

Mr. LaMarsh was an active member of First Baptist Church of Center Point. He was predeceased by his parents, his brother, William Frederick LaMarsh, and his wife of 57 years, Mary LaMarsh. Mr. LaMarsh is survived by his daughter, Susan L. Field and husband Scott, of Huntsville. Mr. LaMarsh is also survived by his grandson, David James Field and his wife, Yelena, of Rochester, NY, and his granddaughter, Ellen Adams and husband Alexander of Huntsville.

He has two great-grandsons. His graveside services was held on July 21, 2020 at Jefferson Memorial Chapel in Trussville. Reverend Mark Seanor officiating. Donations may be made to the American Cancer Society.

To send flowers to the family or plant a tree in memory of James W. LaMarsh, please visit our floral store.