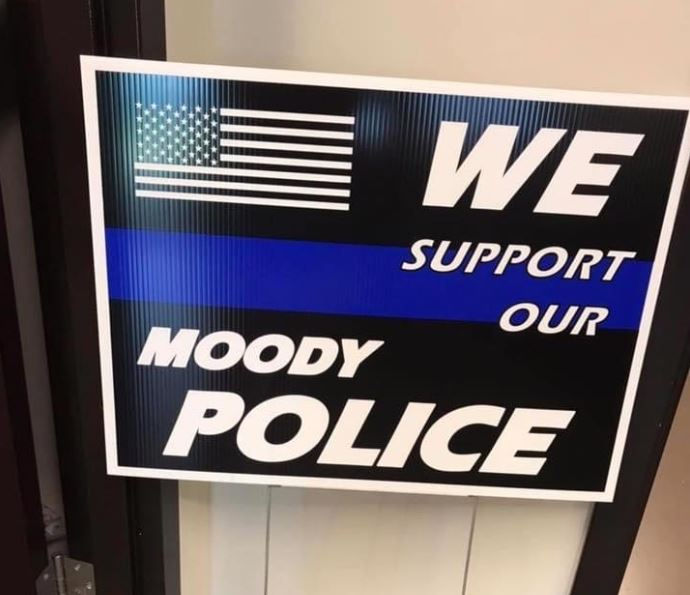 MOODY — The Moody Area Chamber of Commerce presented Moody Police Chief Thomas Hunt with a check at its July luncheon, in support of a fallen officers memorial Hunt would like to build.

The $3,600 from the chamber was raised from the sale of “We Support Moody Police” signs. 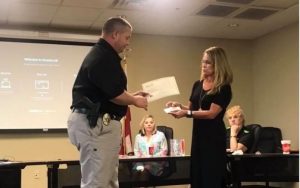 Both officers’ deaths represent moments in time that will not be forgotten by law enforcement officers and citizens across the state of Alabama.

If you would like to donate to the Law Enforcement Memorial Fund for these heroes of the Moody Police Department, you can do so at Metro Bank.