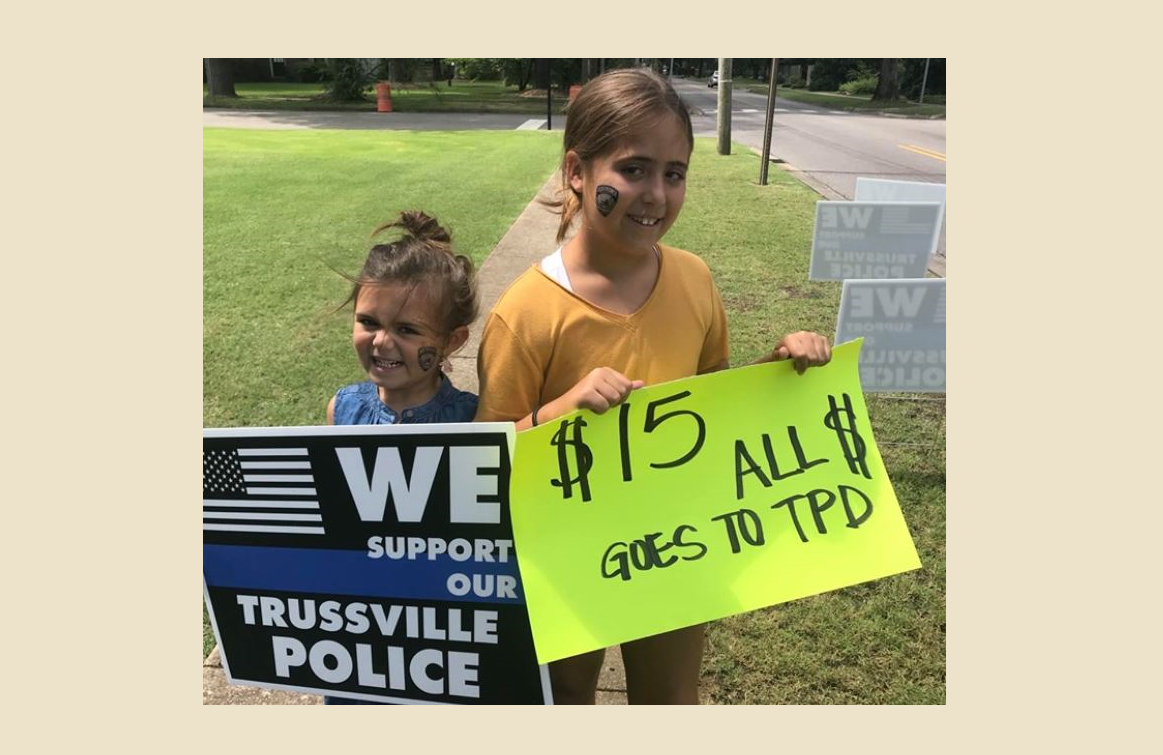 Melissa Krackenberger said her two daughters, Chloe, 9, and Stella, 6, saw similar signs in Springville and wanted to get on board.

“We ordered 100 signs to start out with and we sold through those so we just ordered a second batch,” said Krackenberger. “We will keep ordering them as long as people are buying them.”

The girls have sold the signs from the mall in Trussville and have delivered them to several retailers in Trussville where they can be purchased. The signs are $15 each and all proceeds will go to the Trussville Police Department. 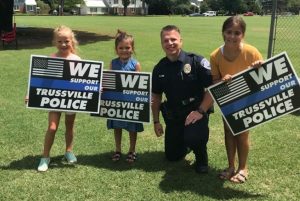 “We appreciate their support in light of recent events,” said Filetti. “It’s nice to work in a community that stands behind the Trussville Police Department in such a strong manner.”

Chloe Krackenberger said the effort is important to her because she wants to show local law enforcement that they are appreciated.

“I love the police signs because there are people out there that do not support them [police] and we want to show everybody that they are there risking their lives every day to save us,” said Chloe Krackenberger. “Some people might not understand that they risk their lives for people.” 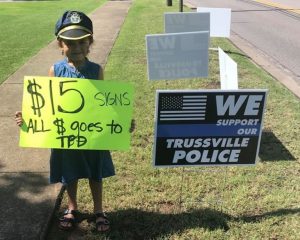 Stella Krackenberger sells signs wearing her police uniform hat. Her mother said it was too hot that day to wear the uniform (her favorite outfit). Photo: Melissa Krackenberger. 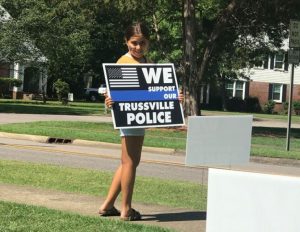