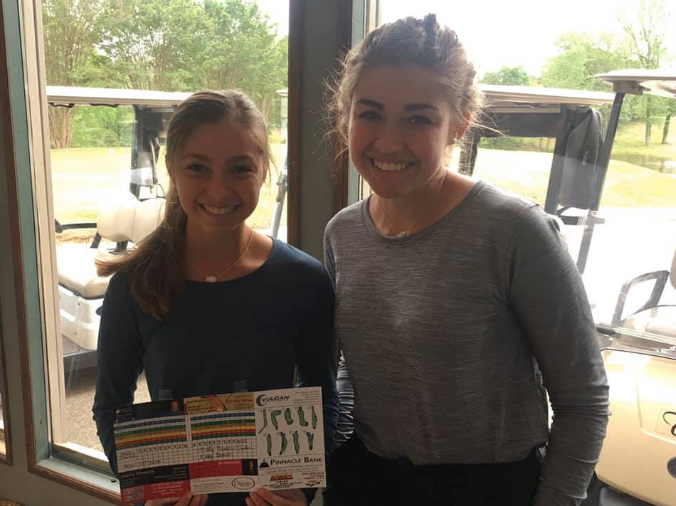 Trussville sisters, Mary Grace and Molly Davidson, pose for a picture at the Trussville Country Club.

Mary Grace Davidson, a junior on the Hewitt-Trussville golf team, sank two eagles and seven birdies at the Vestavia Country Club to place atop the girls’ leader board at 6-under (70-66—136). Molly Brown Davidson, a rising eighth-grader, placed right behind her sister with a 2-under (71-69—140) finish through 36 holes.

Both girls did their best work down the stretch, as Mary Grace shot 5-under on Day 2 to go with a 2-under round from Molly.

Jack Childers, of Helena, won the 12-13 age group with a 5-under finish and Vestavia’s Seve Winebrenner claimed the 10-11 nine-hole title with rounds of 39-37.