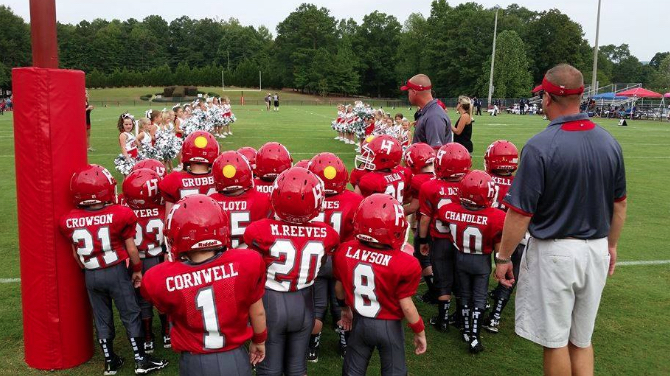 TRUSSVILLE—The 2020 youth football season has officially been canceled for kids in Trussville and surrounding cities.

Parents were notified by email on Monday, July 27.

“We were looking forward to having a season and hoping we could make it happen,” said Trussville Youth Football League President Rob Stewart. “We kind of stretched the decision out as long as we could, and just due to the guidelines and the restrictions we were going to have to follow, I just don’t feel like we would’ve ever gotten it in with the quarantine rules.”

“It was not worth us risking somebody paying the $300 and ordering the uniforms and spending all that money to possibly get canceled a game or two into the season,” he continued.

Stewart said the decision needed to be made in time for kids to find other options as the fall sports season approaches. According to the league, 183 kids were registered to play tackle football for eight different teams in Trussville this year. Another 175 were signed up for cheerleading.

Stewart says those are the largest numbers he’s seen in Trussville in a long time.