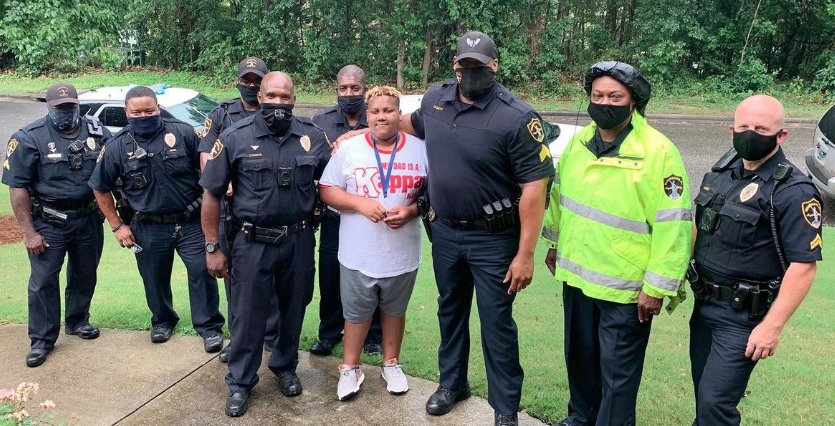 Carter, the son of fallen Birmingham Police Sgt. Wytasha Carter, celebrated has 16th birthday with several of his father’s former colleagues. During Wednesday’s surprise visit, officers presented the 16-year-old with a gift, extending their love to the family.

Taelen’s father was killed in the line of duty in January of 2019.