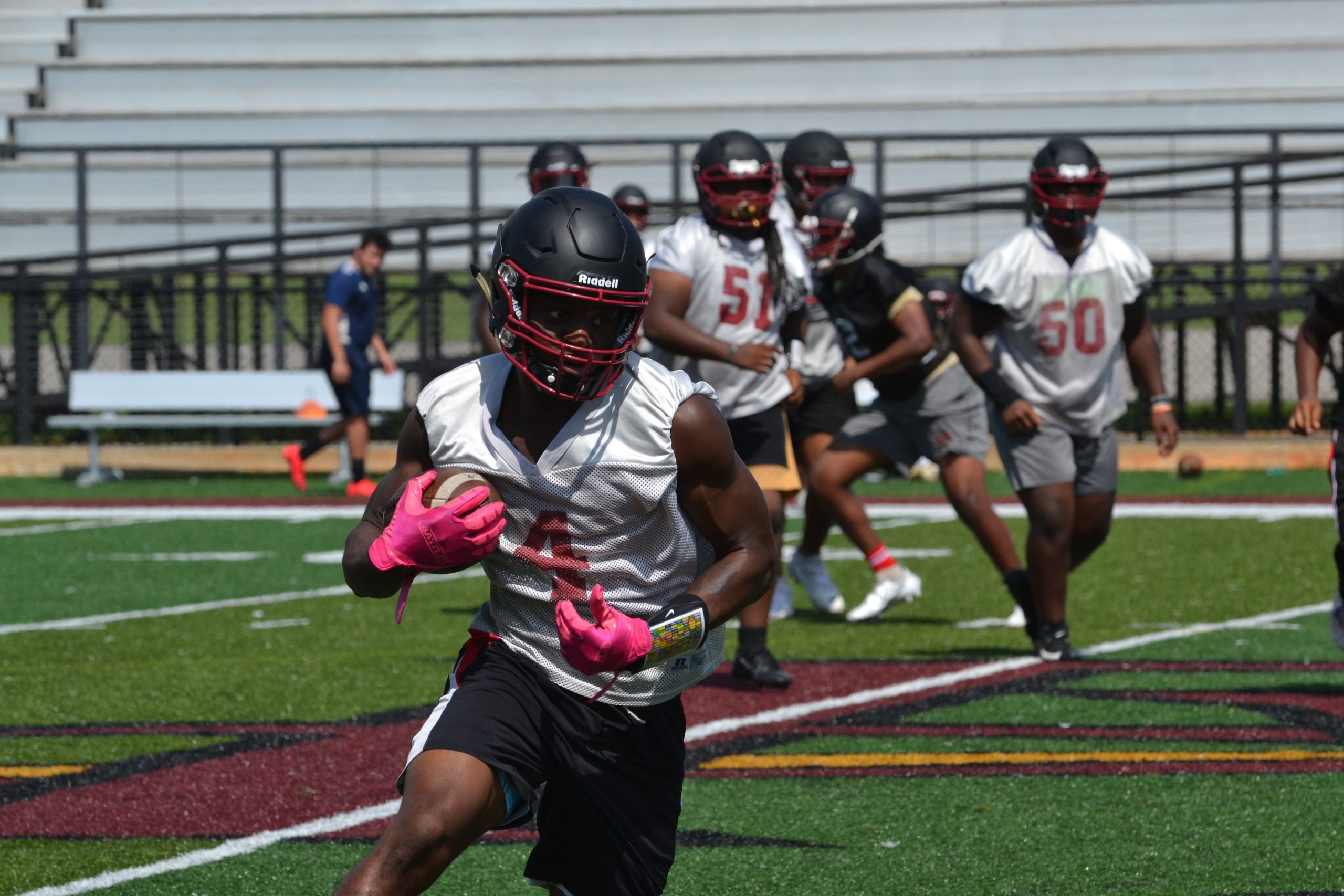 PINSON — Week 1 is in the books, and the Sam Shade era has officially begun at Pinson Valley High School.

Shade, along with a bevy of first-year staffers, took the field at Willie Adams Stadium on Friday for a three-hour shorts-and-helmets session that closed out the opening week of AHSAA-approved practice. 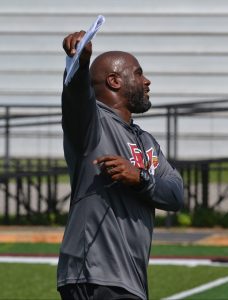 Shade, a member of Alabama’s 1992 national championship team, gathered his team in a socially distant manner at the end of Friday’s practice.

“We had a good (first) week, and we got better as the week went on,” Shade said to his players. “On Monday, we put the pads on.”

With spring training canceled due to COVID-19 concerns, offseason conditioning became a matter of self-accountability, and Shade is happy with the commitment he’s seen from his upperclassmen.

“Julian Peterson has come back in good shape and ready to go,” said Shade of his All-Tribune defensive lineman. “The older guys have come back with a little more focus and in shape.”

He pointed to several team leaders who took it upon themselves to put work in throughout the pandemic, working out and playing 7-on-7. “They were doing a lot together in groups, so I feel like that’s helped us a lot,” he continued.

It came as no surprise that two-time all-state selection Ga’Quincy “Kool-Aid” McKinstry stood out this week. The two-way star is widely considered the top overall prospect in the state and the No. 1 cornerback prospect in the county, according to 247Sports. 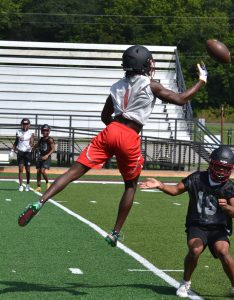 Per his usual, “Kool-Aid” will be called upon for offensive and defensive purposes this fall.

“I enjoy playing on both sides, for real,” said McKinstry. “We have two good coordinators and they use me to my best potential and they do a good job of using me on both sides.”

The rising senior says he was thrown on less than 12 times last season, making it virtually impossible to get sufficient defensive film. Nevertheless, he is, perhaps, the most sought-after corner in the country. He finished 2019 with one interception to go with 700 yards receiving and 12 scores for the Tribe.

He appears to have developed strong rapport with transfer quarterback Zach Pyron, who brings two years of dominant Class 2A experience with him from Fyffe. The rising junior went 30-0 with back-to-back state championships as the Red Devils’ starting signal caller.

He looks forward to facing the challenge of Class 6A football, and hopes to extend his 30-game winning streak.

“Zach seem to be transitioning well,” said Shade. “After he got enrolled in school, he jumped right in with the guys and started leading individual drills, some 7-on-7…, so he’s doing a really good job and he has brought some leadership with him.”

That leadership will be essential, as Pinson Valley takes on the challenge of Class 6A, Region 6: Gardendale, Minor, Jackson-Olin, Mortimer Jordan, Clay-Chalkville and Jasper.

The Indians open up their season on Aug. 21 at home against Hewitt-Trussville.