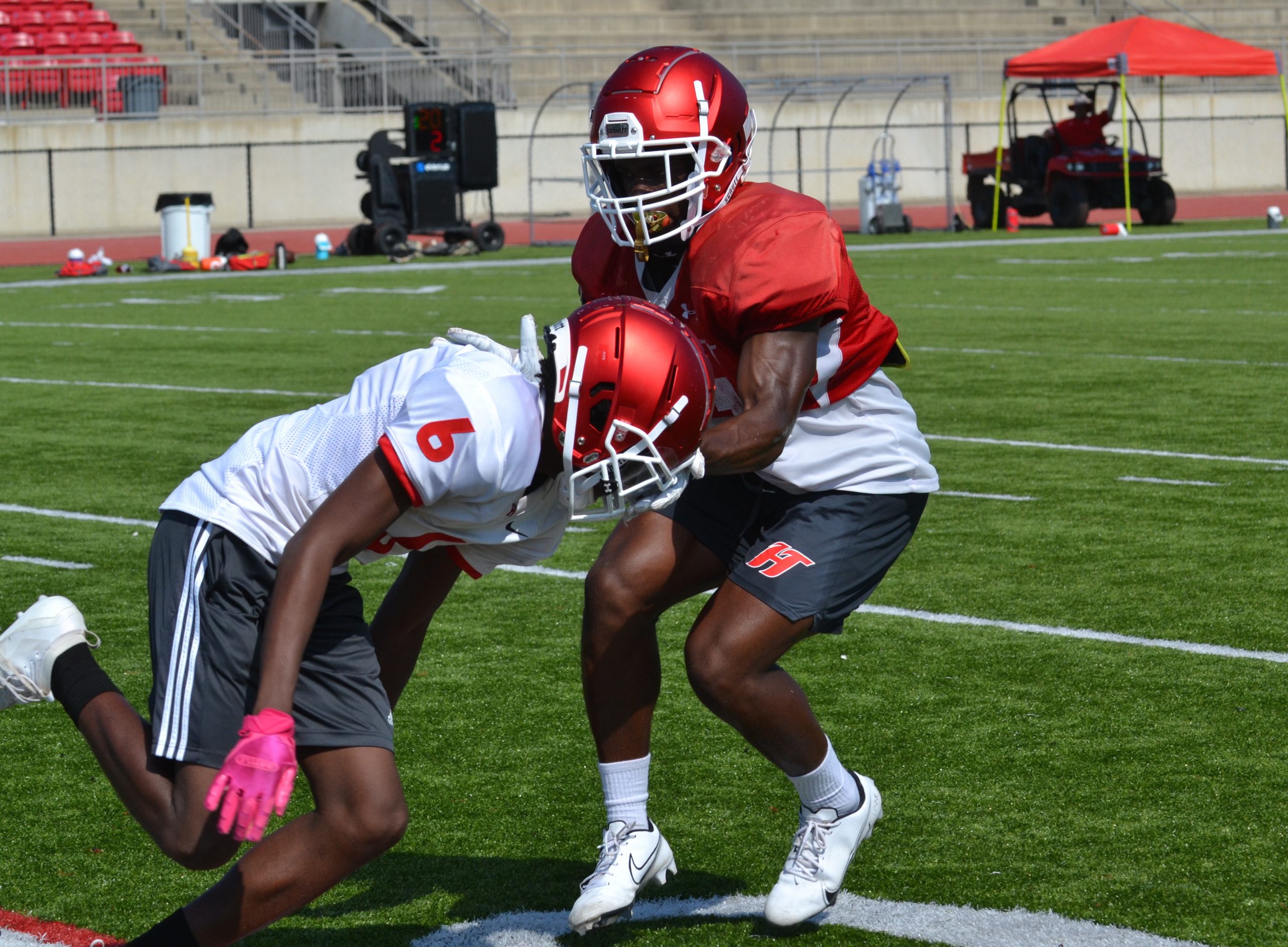 TRUSSVILLE — The expectations are as high as ever in Trussville.

Despite an injury-plagued 2019 season that fell short of the playoffs at 6-4, the Hewitt-Trussville football team is, according to the Alabama Sports Writers Association (ASWA), a top contender in the ever-arduous landscape of Class 7A. The Huskies recently debuted at No. 3 in the annual ASWA preseason rankings, directly behind No. 2 Central-Phenix City and No. 1 Thompson.

“It’s a preseason poll, so it really doesn’t mean a whole lot, but the one thing I will say about it is I think it shows respect for our program,” said Hewitt-Trussville head coach Josh Floyd. “Our kids aren’t worried about that. They know it’s all about where you finish and we, obviously, want a shot at winning a championship at the end of the year.”

The climb, at least as it stands today, will begin on Aug. 21 at Class 6A No. 3 Pinson Valley. That game, however, is not the focus Floyd wants for his team more than two weeks out. With the loss of spring training due to the coronavirus pandemic, Floyd knows there’s a lot to work on before toe meets leather. 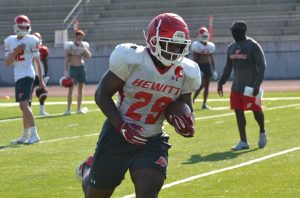 Hewitt-Trussville running back Sean Jackson charges up field during practice on Aug. 4, 2020.
Photo by Erik Harris

“Don’t worry about Pinson Valley,” Floyd said to his players at the end of a Tuesday morning practice. “Worry about us.”

He wants to put a particularly keen eye on the big boys up front.

“We’ll have some good competition up front on both sides of the ball, so I think that’s the biggest thing we’re trying to look at the next few days,” said Floyd, who admits evaluating lineman can be more difficult than evaluating skill players.

Setting the starting five will be first-year offensive line coach Brad Boyette, who is sure to stay busy on Wednesday, as the Huskies dress out in full pads for the first time. Things might get physical.

For Ole Miss cornerback commit Trey Washington, that will be a welcomed opportunity.

“It’s a blessing to be out here, because you really lose it when you’re in quarantine for that long,” said Washington on Tuesday. “It’s good to be back with my teammates.”

The rising senior says last season’s 6-4 record serves as a constant motivation factor throughout the program.

“The coaches put that on us every day in workouts and practices to be better than we were last year, so everything is about getting better,” said Washington.