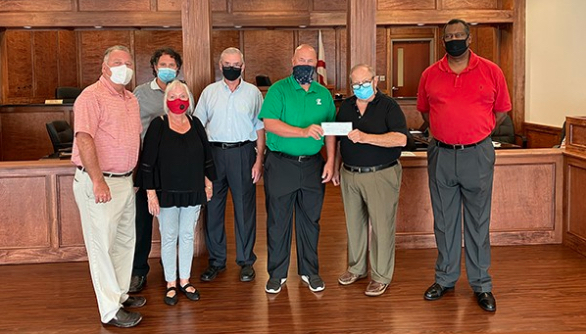 LEEDS — The city of Leeds has extended a helping hand.

Leeds head football coach Jerry Hood made an appearance at Monday night’s city council meeting, as members presented him with a $5,000 check. According to an announcement from the city, its donation goes toward the purchase of new safety helmets for Leeds High School football players.

The new lids come at a total cost of $35,000, according to the announcement.