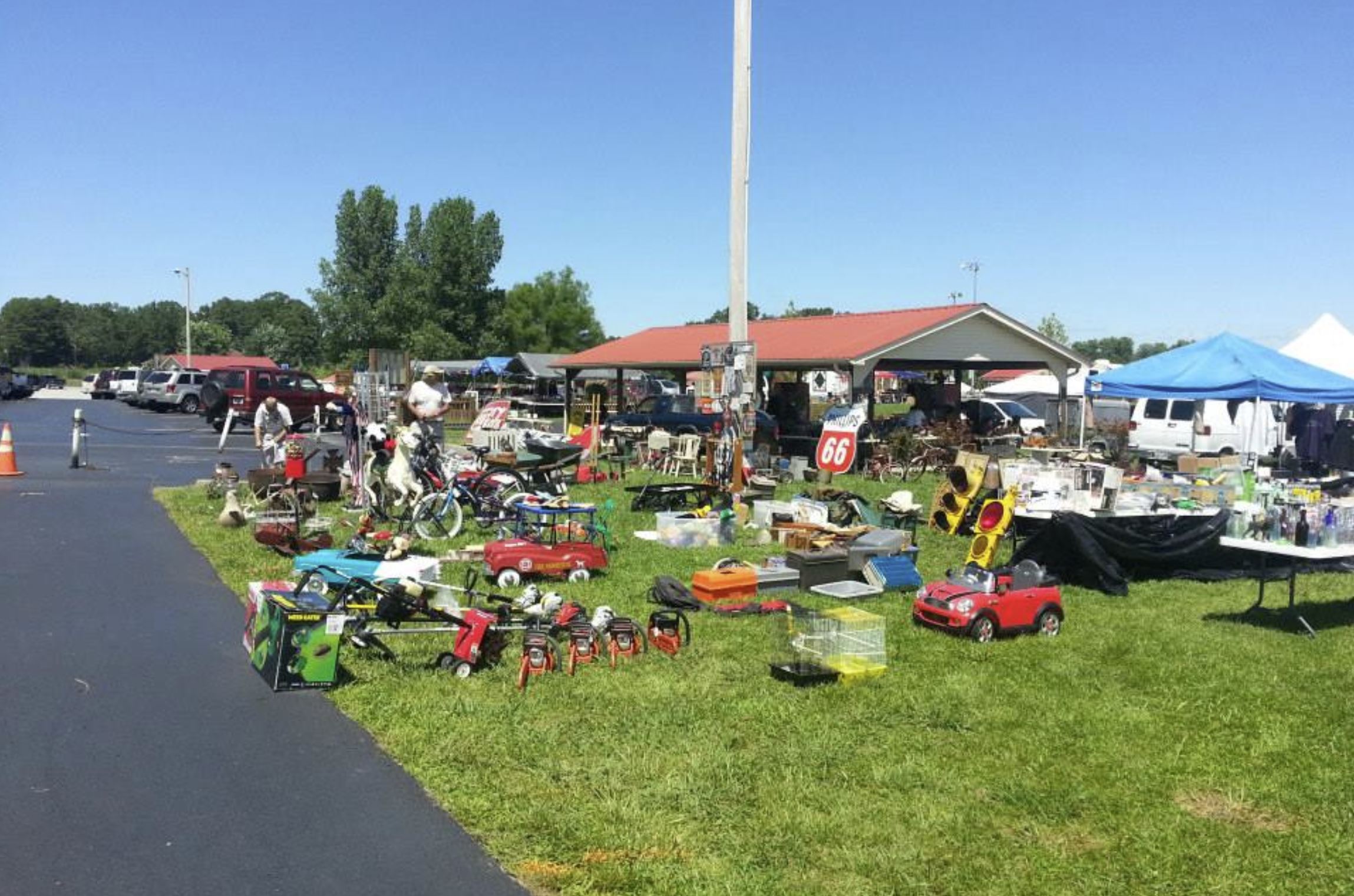 GADSDEN, Ala. (AP) — For decades, thousands of vendors have fanned out along roadsides from Alabama to Michigan each summer to haggle over the prices of old Coca-Cola bottles, clothes, toys, knives and more at The World’s Longest Yard Sale.

And though the coronavirus pandemic has canceled events around the globe, the six-state yard sale is happening this weekend for the 34th straight year.

Beginning Thursday and ending Sunday, thousands of people will mingle, chat and bargain across a 690-mile-long (1,110 kilometer) stretch of Middle America. Organizers say they might not get the usual crowd, estimated at 200,000 people, but they could.

“We feel like there’s a lot of pent-up demand,” said Hugh Stump III, executive director of tourism in Gadsden, at the southernmost end of the sale.

The crowd was predominantly older on the first day in Gadsden, and many people wore face masks and visibly tried to keep away from others. COVID-19, the illness caused by the coronavirus, can be particularly dangerous for the elderly and people with other health problems.

But many others didn’t wear facial coverings, and it wasn’t uncommon to see people standing shoulder-to-shoulder as they looked through racks of clothes or tables full of shoes set up outside.

Promoters considered canceling the event because of the pandemic, but they decided to go ahead with precautions including reminders about masks, social distancing and hand-washing.

“The fact that it’s a mostly outdoor event was a large determining factor in going forward. There’s plenty of space for social distancing and the other guidelines can be followed as well. In addition, because this event is critical to many people’s livelihood it’s very important,” sale spokesman Josh Randall said in an email.

Vendors set up days early at Cumberland Mountain General Store in Clarkrange, Tennessee, where as many as 100 booths will be open through the weekend.

Other places opted out this year because of the virus. The Darke County Steam Threshers Association in Ansonia, Ohio, decided against allowing vendors on its 30 acres (12 hectares) of land, President Jo Stuck said.

“To keep up with all the health mandates … we just do not have the volunteers to do it this year,” she said. “The two of us who can be there all the time have compromised immune systems, and that puts our health at risk plus the health of our visitors and our vendors.”

The loss of rental income will hurt the group, which stages events featuring old farm machines, but members didn’t want to be put in the position of dealing with people who willfully defy Ohio’s mandatory mask rule, Stuck said.

“There are a lot of people around here that have an issue with it and don’t want to follow it,” she said. “It’s a big problem.”

The yard sale began in 1987 as a way to lure visitors off interstate highways to a small town in Tennessee. No one owns the event, Randall said, but it’s promoted on a website that includes tips for vendors, maps and, for 2020, pandemic health guidelines.

Also known as the 127 Yard Sale, the event follows U.S. 127 from near Addison, Michigan, to Chattanooga, Tennessee, through Ohio and Kentucky. From there, it meanders through northwest Georgia to Noccalula Falls, a 250-acre (100-hectare) public park in Gadsden.

Patricia Gurley piled into a car with two friends and drove about 170 miles (275 kilometers) miles to the Gadsden end of the sale from her home in Corinth, Mississippi. With a yellow mask pulled down under her chin, she was excited about visiting the sale for the first time and wasn’t concerned about the pandemic.

Nicole Gerle came even further: She drove 2,075 miles (3,340 kilometers) from her home in San Diego and planned to travel the route at least to Ohio, maybe even all the way to Michigan.

Wearing a mask, Gerle said she wasn’t fretting over the coronavirus: “If other people aren’t going to be smart, I’m going to be smart on my side.” But Gerle was worried about getting good deals on items including a metal basket she planned to take home, repurpose into other goods and sell.

Vendor Ann Sullins has set up shop at the past five sales and was thankful this year’s sale wasn’t called off. But realistically, she said, the yard sale is just too big to cancel.

“People are going to do just like they do,” said Sullins, who wasn’t wearing a mask but tried to keep her distance from others and had hand sanitizer. “When something like this comes up, they’re going to go out and do it just because it gives them a break from home.”