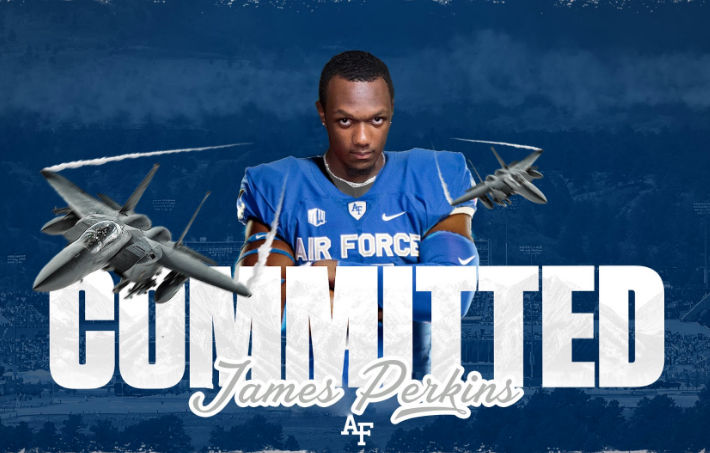 PINSON — Another commitment has been made by a Pinson Valley pass rusher.

“First, all praise to God,” Perkins wrote on Twitter. “I want to thank my family for supporting and believing in me through this whole journey. Especially mom and dad for all the sacrifices they have made for me. To my coaches, I appreciate all of the love and support and pushing me to be in the position I’m in today. Thank you Pinson Valley High School for the great opportunities. For my teammates current and old, thanks for the constant support and motivation. I want to also thank the other programs that showed interest in me during this process. With that being said, I’m proud to announce that I’ll be continuing my athletic and academic career at the United States Air Force Academy.”

Perkins was disruptive off the edge last fall for a Pinson Valley defense that allowed 13 points per game on its way to the Class 6A semifinals.

Fellow Indians’ senior Julian Peterson, an interior defensive lineman, announced his commitment to Troy earlier this summer. A trio of college programs (Alabama, Auburn, LSU) remain in play for highly-recruited Pinson Valley athlete Ga’Quincy McKinstry, who stars for the Indians as a cornerback and receiver.

No. 3 Pinson Valley is scheduled to open the season at home against Class 7A No. 3 Hewitt-Trussville on Aug. 21.