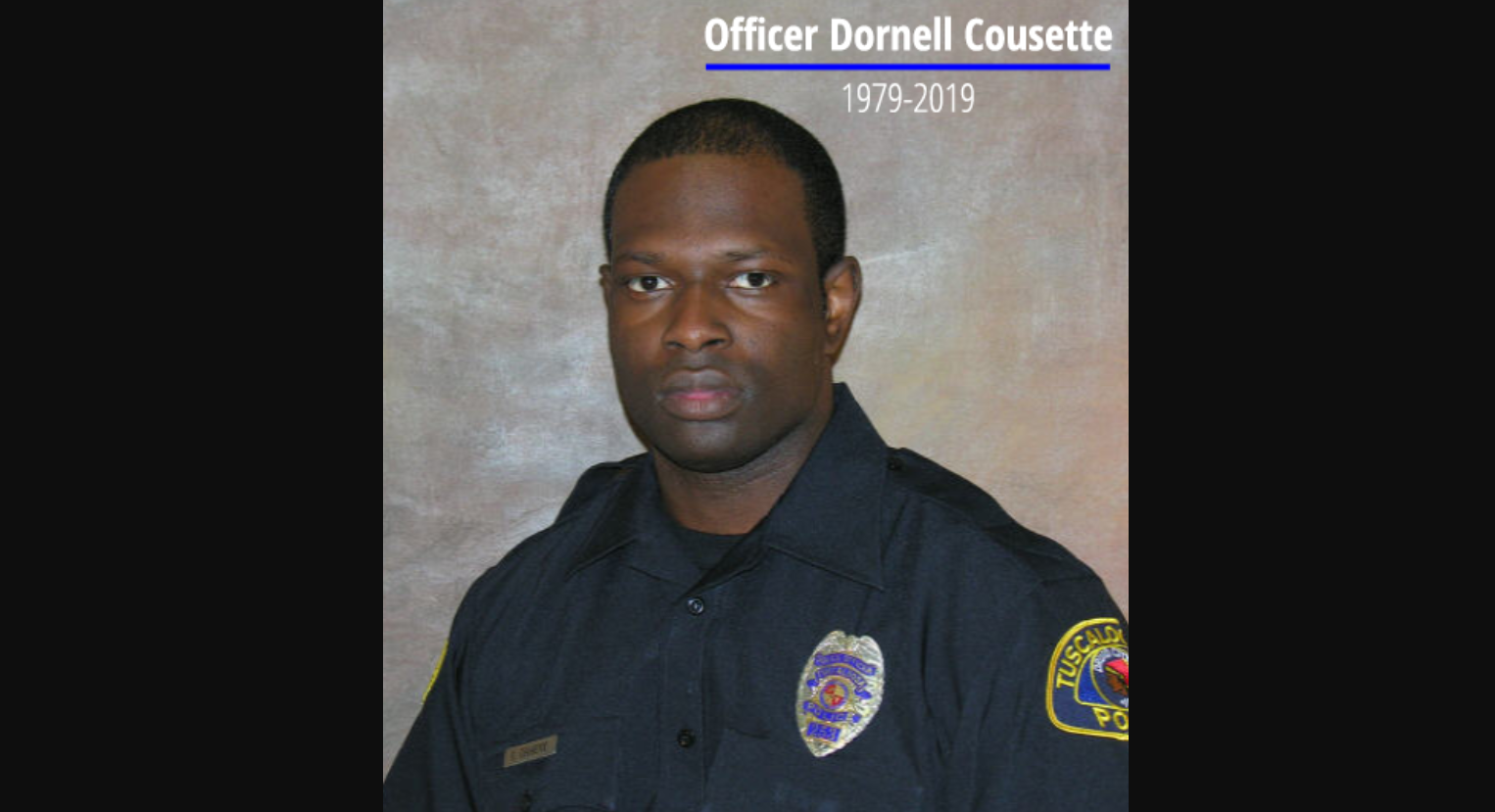 TUSCALOOSA, Ala. (AP) — A street in an Alabama city is being renamed for a hero.

The Tuscaloosa City Council unanimously voted Tuesday to rename a portion of 35th Street after fallen police officer Dornell Cousette. Cousette, an investigator with the city’s police department, was killed in the line of duty last September when he was shot while trying to serve a warrant. He was 40 years old.

The Tuscaloosa Police Department made the announcement on their Facebook page, adding that once the department moves back into its headquarters, officers will use the road to get home after their shifts, news outlets reported.

“Officer Cousette didn’t get to go home the night of Sept. 16, 2019, but I think he’d be happy knowing that he’s on our minds every day that we get to,” Chief Brent Blankley said in the statement. “It’s not something we take for granted.”

All that’s left is the placing of street signs, which city officials said will happen after coordination with the Alabama Department of Transportation.

“This is a great way to honor two of our heroes,” Councilwoman Raevan Howard said.