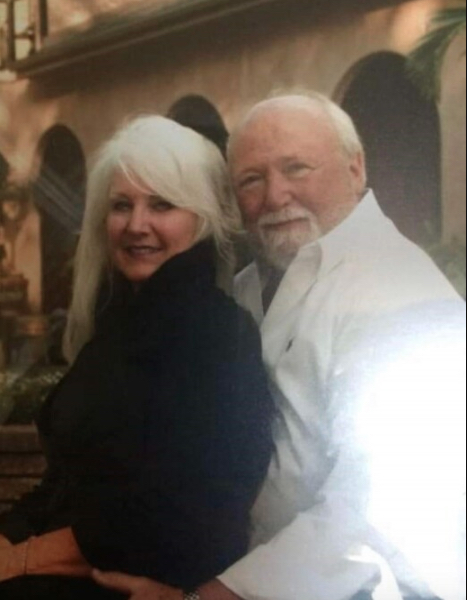 He attended L. Frazer Banks High School in the 1960’s and University of Alabama at Birmingham. Paul worked for ACIPCO for several years before establishing his own business.

Paul was not your traditional guy, and his obituary cannot be traditional either. Enjoy and remember Paul, as Kris and I recall and give only a very small part of who he was.

Paul and I built his last home together, 15 years ago, in Leeds, Alabama. He loved this mountain top that he affectionately nicknamed The Eagles Nest. He would choose a different outdoor place to enjoy one scotch and cigar each night, most times with a fire to burn dropped limbs from the day in the numerous firepits he built around the property, or the balcony overlooking the other mountain facing us. I could always find him with his music on, mellow after the day, and we would sit and enjoy the music of years past.

He had a life-long interest in art, especially drawing and painting. He was a member of the Art Club at Banks and talked me into taking the art classes with him. I’ll cherish the pottery that we made and still have 50+ years later. Paul was involved with art associations most all of his life.

Paul had a passion for the water. Lake, Gulf, it didn’t matter. When we couldn’t afford a boat in the beginning, we sat on the banks and watched them. When we could afford them, he didn’t stop owning one until last year. His love specialty was sailing, turning off the motor, sails up, wind in his face and in the sails, he was happy.

Paul’s love for water also took him under to scuba diving, which he passed on to his son Kris at a very early age and led him to get certified as well. We took many trips for them to dive together, eventually including Kris’ future bride. I was the equipment carrier and photographer.

Not to be outdone by the water, motorcycles also had Paul’s heart. We were riding bikes when we first got married in 1968, taking trips to Florida or Atlanta to visit dear friends. He again passed on his interest to Kris, buying him a Honda 50 at age 5. The size of the bikes grew as Kris did. The time spent together on trails grew also.

Paul continued taking trips on his Harley in these last years, especially with friend Jim Robinson. A love interest we developed together was snow skiing when Kris was around 6 years old. We joined the Birmingham Ski Club and took many wonderful trips with them, and taking some on our own. Paul and Kris were naturals.

We’ll just say that Paul never left me up on the mountain, too afraid to ski down. He was excellent at talking me down, and once, on my behind, skiis in my hands, he wiped away my tears and said, “No one has to know how you came down the mountain.”

Stargazing was something else Paul loved, wherever he was. If at home, his telescope came out and he was finding what he couldn’t see with the naked eye. If we were at the lake, he and his stargazing buddies were on the boat in the middle of the lake in the middle of night with their hand-held equipment, stargazing.

The best enjoyment in Paul’s last years was hosting functions for his family and friends in our Pinson Silver Lake home a few years ago or in The Eagles Nest these last 15 years. He loved having everyone over and seeing them enjoy themselves. That also goes hand in hand with his love for his music, speakers everywhere, inside and outside, so everyone can be entertained. In his own words, he “never met a party he didn’t like.”

John Denver said, “You fill up my senses.” You can see how Paul filled my soul.

I love you Always, All Ways, All Days.

Paul and I attended Church of the Highlands.

In lieu of flowers, please donate to the Pediatric Rheumatology Department at Children’s of Alabama. You can make your donation online at childrensal.org/rheumatology or by mail Alabama Children’s Hospital Foundation, 1600 7th Avenue South, Birmingham, AL 35233.

Funeral Service will be at Jefferson Memorial, date TBD, and will be for immediate family only due to social distancing concerns and current requirements.

A Celebration of Life event will be planned in the coming months for family and friends to honor and raise a glass to my dad, Paul Eugene Brooks.

To send flowers to the family or plant a tree in memory of Paul Brooks, please visit our floral store.