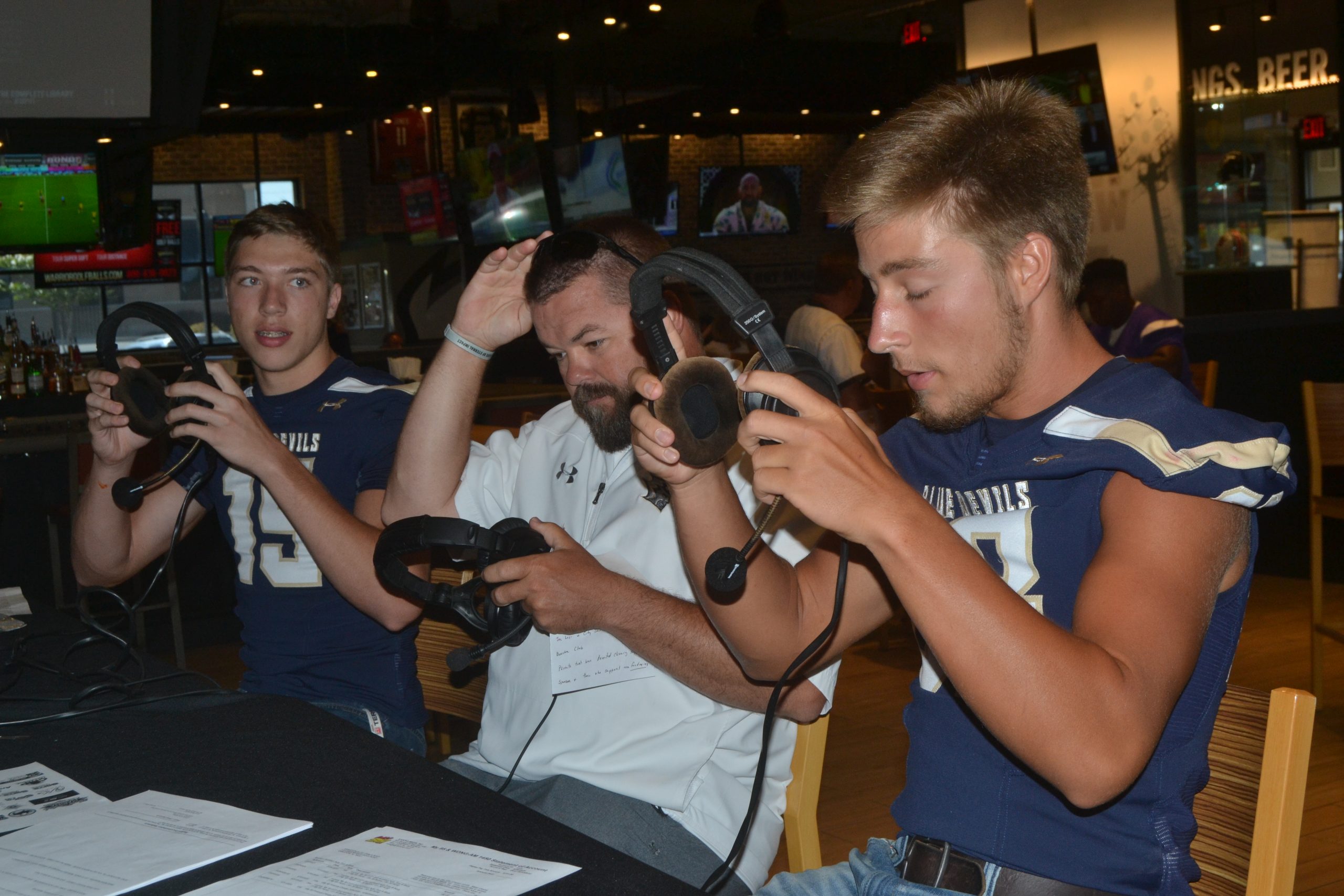 MOODY — It’s been five years since Moody has qualified for postseason play, and those within the program believe that’s about to change. In head coach Adam Wallace’s third season, the Blue Devils will compete in Class 5A, Region 6 alongside Center Point, Leeds, Alexandria, Corner, Hayden, Lincoln and St. Clair County.

Wallace admits there’s much to replace on his roster, but has confidence in the guys stepping in this fall, including his son/quarterback AJ Wallace.

AJ is entering his sophomore season and will likely give the offense a little different look in 2020.

“The offense is going to look a little different this year,” said Wallace. “Last year, we handed the ball off 25-30 times a game and then asked our quarterback to run it 10-15 times. Might be a little different.”

Wallace expects several offensive leaders to help his son’s progression throughout the year.

“Asking a 10th-grader to come in and start at a 5A varsity level is not easy and then you add to that being the coach’s son and the pressure that comes with that,” said Wallace.

“He’s got guys around him that can help him be successful and a lot of times make him look good even when he’s not,” he continued. “I don’t expect him to be perfect, but he will compete and give it all he’s got.”

The Blue Devils will have to fill two vacancies left by graduating seniors up front, but according to senior Taylor Rothe, both spots have been filled by “some great players.”

Wallace says the carries will likely be handled by a committee of players this season, starting with junior Nick Burrell. “He’s an explosive kid, not a huge guy but he can make things happen in the open field,” said Wallace.

“His main job for us is going to catch footballs and making big plays,” said Wallace of Cole. “Logan is one of those kids that looks like a slim receiver, but when you put him in the weight room, he’s an absolute beast. He can do it all. He’s a great blocker, can go catch the deep ball, can catch the intermediate route, we’ll hand it to him a little bit, so we’re going to get this dude the ball a lot and he’ll make me look good.”

Cole, who is listed at 6’0”, sees himself as a matchup problem against smaller defensive backs.

“My speed makes me able to beat the little cornerbacks over the top and then just my height over them,” said Cole. “Most of these cornerbacks are really small and kind of short so my height kind of helps with that. I can just jump over them and grab it.”

When it comes to the passing game, he sees potential with AJ pulling the trigger this year. “He’s got a really good arm on him,” said Cole. “He can throw it deep and throw it short with accuracy. He can really dart it in there.”

Wallace believes he’ll put a balanced defense on the field. “We lost some really good players, I’ll be honest with you about that,” said Wallace. “But we’ve got some really good guys to come in and fill those gaps.”

It all starts with senior linebacker Taylor Rothe.

“Taylor is a guy that will be our starting inside linebacker and he’s also a coach on the field,” said Wallace. “He can tell all 11 guys their assignment. He’s just a football junkie, a smart kid who loves the game and having him on the field to help other guys get lined up will be huge.”

Rothe is one of several players Wallace will call on to pull double-duty this year thanks to the cancelation of spring camp, due to coronavirus.

“Some of our guys are going to have to play both ways more this year than they have in the past,” said Wallace. “Our numbers are close to the same but with all this stuff going on, we may have to have some guys go both ways.”