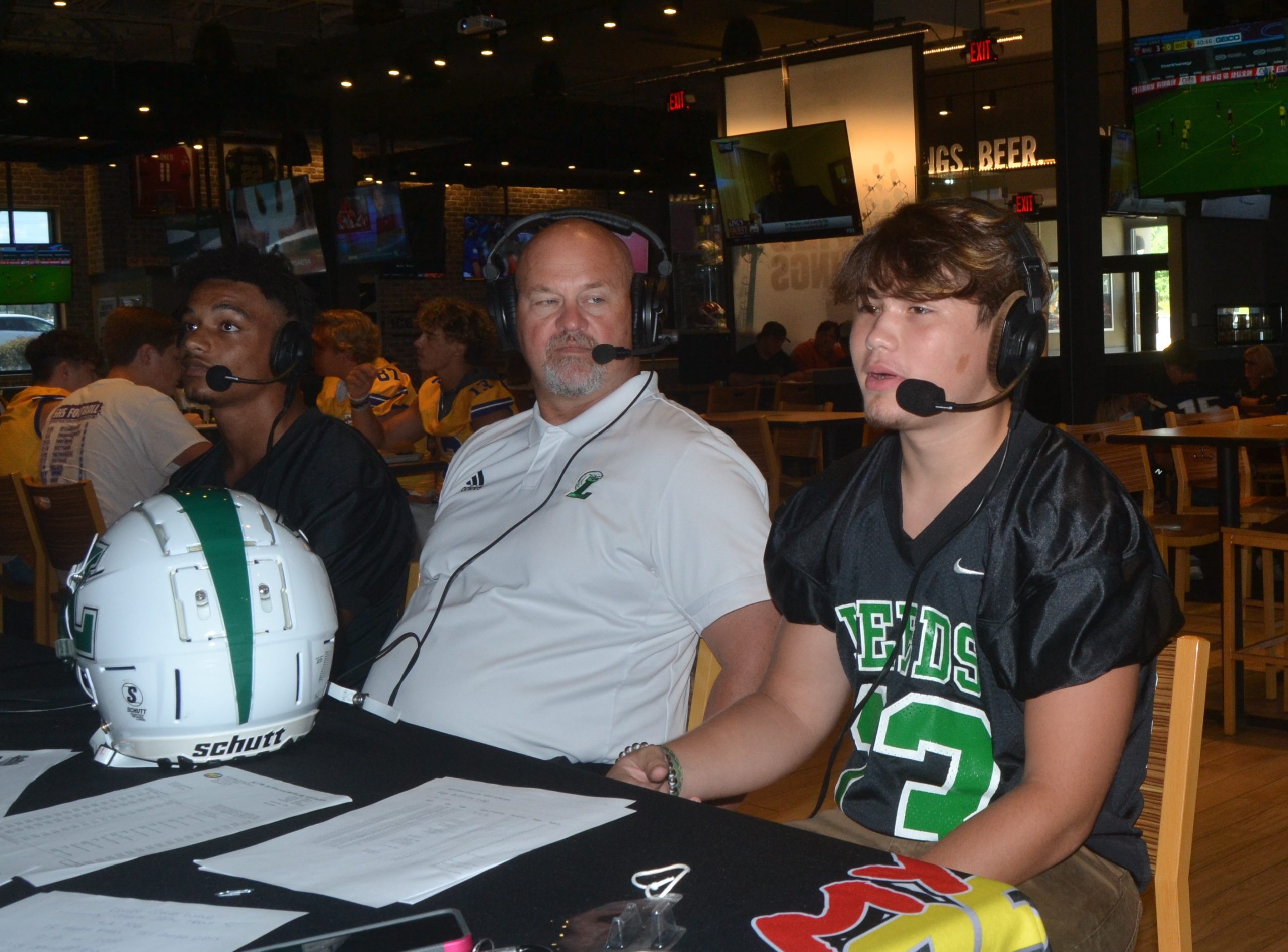 LEEDS — Leeds High School football will look different in 2020, and not just because of COVID-19.

The Green Wave hopes to kickoff the second year of Jerry Hood’s tenure as head coach soon, as a trip to Sylacauga is due up on Aug. 21. Hood fought an uphill battle in his first year at the wheel.

“When we got there last year, there were 26 kids out there on the field on the first day, so that gives you an indication of there being some trouble in the program,” said Hood. “It needed to be brought together.”

Although it didn’t always reflect on the scoreboard, Leeds showed promise as the season wore on.

“Even though it was a struggle last year and our record (2-8) was not very good, the atmosphere on the team was outstanding and that started spreading through our school, so we went from 26 players at the start of the year to 42 by the end of the year,” said Hood.

As for 2020, the Green Wave is poised to take a big step forward in the jump from Class 4A to Class 5A. Nearly the entire roster is back, as only four seniors graduated from last year’s team.

“This year will look much different,” said Hood. “We’re just more knowledgeable and more talented. I don’t know what that means as far as wins and losses because there are a lot of other things that go into it, but at least we will show improvement. No doubt about that.”

That experience will be crucial against a Region 6 slate that includes Center Point, Moody, Alexandria, Corner, Hayden, Lincoln and St Clair County.

To combat that lineup, Hood has paired a new-look secondary with a veteran front seven. He pulled in a pairs of first-year corners (Fredlando Fitts and Tanner Chambers) from the Leeds basketball team to go with safety Mekhi Jones and versatile sophomore CJ Douglas.

Up front, the Green Wave brings back a wealth of experience with a trio of starters returning at linebacker. Jacob Cain, Keylan Jones and Justin Pettus played almost every snap for Hood last season, and the experience shows.

“They are a talented bunch,” said Hood of his linebackers. “The main thing is they know our scheme now and they’re aggressive to the ball. I think what you will see out of the front seven is a fearlessness, an aggressiveness and probably more speed than one would expect from us.”

Offensively, Leeds brings back five starters up front to protect rising sophomore quarterback Jarod Latta, who took starting snaps as a freshman in 2019.

“He had a lot of growing up to do, but I believe he has matured appropriately and has thrown the ball well and run our offense well this summer,” said Hood of Latta. “I’m pleased with his progress.”

Jamal Jordan will also take some reps at quarterback and other positions.

Hood pointed to Jackson Bartee as a leader on the offensive line. The junior has experience at center and guard.

“He’s a really bright, intelligent guy,” said Hood of Bartee. “He can make the calls we need and can handle the snapping duties as well as play the guard position. He showed me a lot last year.”

All-Tribune running back Jakobi Hunter is tough to replace, but his younger brother Jeremiah will give it a try this fall.

“We’re going to miss Jakobi Hunter, but the good thing is they have multiple kids in that family, so his brother Jeremiah Hunter will take over at running back,” said Hood.

Despite recent struggles, Leeds has a wealth of football tradition that starts with three straight title appearances between 2013-15. Not sure the 2020 squad has a state finals run in it, but fans can expect major improvements this autumn.